How Did We Live Before Social Psychology? 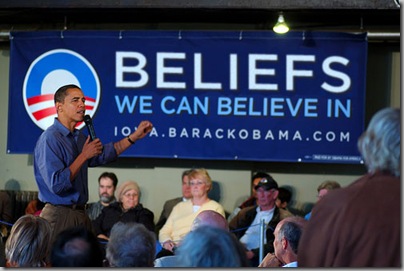 Surber reports on the newest study that proves beyond question (like anthropogenic global warming) that liberal atheists are smarter than gun toting, bible thumping conservatives: (my bold)

“Evolutionary psychologist Satoshi Kanazawa at the the London School of Economics and Political Science correlated data on these behaviors with IQ from a large national U.S. sample and found that, on average, people who identified as liberal and atheist had higher IQs. This applied also to sexual exclusivity in men, but not in women. The findings will be published in the March 2010 issue of Social Psychology Quarterly,” CNN reported.

Surber than ponders, “if liberals are so superior and smart, why could they not pass a bill on health insurance when they had 60 votes in the Senate?”

Good question, but still, I’m more bothered by the fact that the guy who invented the Internet, global warming, and the carbon credit scam is an atheist. I thought Al went to Divinity School at Harvard. Or do I have him mixed up with Barry?

Other random tidbits lifted from the CNN article:

Bailey also said that these preferences may stem from a desire to show superiority or elitism, which also has to do with IQ. In fact, aligning oneself with "unconventional" philosophies such as liberalism or atheism may be "ways to communicate to everyone that you're pretty smart," he said.

What part of liberalism or atheism is “unconventional” in their world? But the observation on superiority and elitism explains a lot about super intelligent liberals, so thanks for that.

"It helps life to be paranoid, and because humans are paranoid, they become more religious, and they see the hands of God everywhere," Kanazawa said.

Not that I’m either, but I’m intrigued by the argument: Paranoid = Religious = paranoid. Got it: a neologism wrapped in a tautology.

Vegetarianism, while not strongly associated with IQ in this study, has been shown to be related to intelligence in previous research, Kanazawa said. This also fits into Bailey's idea that unconventional preferences appeal to people with higher intelligence, and can also be a means of showing superiority…

I’d like to see the research that proves animal protein turns you into a meathead.

Neither Bailey nor Kanazawa identify themselves as liberal; Bailey is conservative and Kanazawa is "a strong libertarian.

Wow! What are the odds of that? And how brave of them to confess to being stupid.

After reading CNN’s report on this study, it’s hard to say whether non-liberal academic researchers or liberal journalists have the higher IQ. I’m going to say it’s a draw. And I’m going to bet that at least 50% of them are vegetarians.

I wonder if Social Psychology Quarterly is peer reviewed? Not that it matters, since we now know who their peers are.

Posted by DEWEY FROM DETROIT at 12:20 AM