Detroiters love cars. Maybe not like they love their children, but not dissimilar to how they love their dogs.  Unlike car lovers from outside these parts, Detroiters define themselves by the auto manufacturer of their preference: a GM man, a Ford man or a Mopar man. It’s not uncommon for this allegiance to run in families and to continue on from generation to generation: often the lineage of proud immigrants from Europe or the South who manned the original factories. I have always considered myself a GM man, even though I have owned a lot of Jeeps lately.

Since GM (along with Chrysler/Jeep) placed themselves firmly in the socialist grasp and control of the federal government, my lifelong fealty has been tested. Today I’m declaring my allegiance broken.

This Ford commercial was sent by a friend in one of those "pass it along to everyone you know" emails. It forced me to admit what I have known for some time: there is only one real American car company left. Today I have been reborn. Today I declare myself a Ford man!

So, thank you Patrick for sending the first "pass it along" email that not only deserves to be passed along, but deserves it’s own post. It's almost 5 minutes long, but you won’t regret it if you love cars and/or America (although I can’t imagine how you could love one without the other). Please watch the whole thing.

Then go buy a FORD!

That's all I have to say, Ford says the rest. 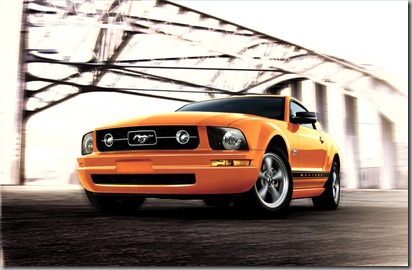