Apparently there is yet another photographer who has figured out how to profit from Detroit’s misery (Ruins Of a Once-Great City). Such portfolios have become so ubiquitous that a term has been coined to describe it’s titillating nature: “ruin-porn."  I don’t mind: Detroit is certainly fair game in the commerce of “decay as art.”  Additionally, I welcome any and all attention that is drawn to it’s shambles. Not so people can wallow in horror and disgust, but so they can begin to comprehend the consequences of our insanely suicidal social policies. 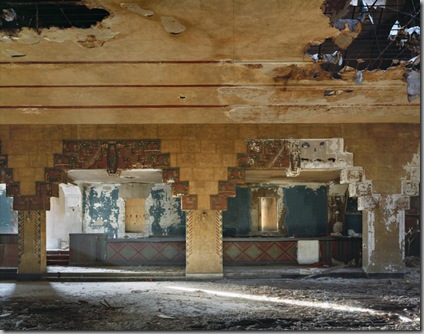 But even with all the imaging, outsiders don’t really seem to understand the magnitude of the death and destruction here. It’s a bit like what happened in Iran following the corrupt re-election of Mahmoud Ahmadinejad. Everybody seemed to be aware of the fact that untoward activities were unfolding, but except for a few unsettling images broadcast via Twitter, there wasn’t any real coverage. And no response to the distress calls from the Iranian people. It feels a bit like that here, too. Photographers keep showing up and taking pictures that people can emote over for a few minutes, and then they go about their business. But keep ignoring the path our country is on and soon you, too, will have no business to go back to. 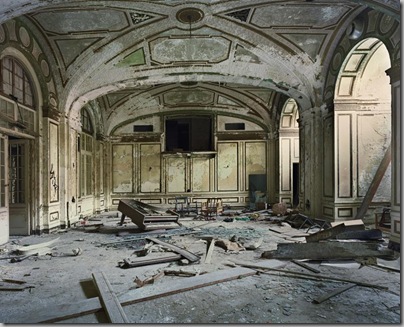 If you can’t make it to the Yancey Richardson Gallery in New York to view Andrew Moore’s show, behold here a taste of what the Great Society has wrought on a once prosperous and proud city. 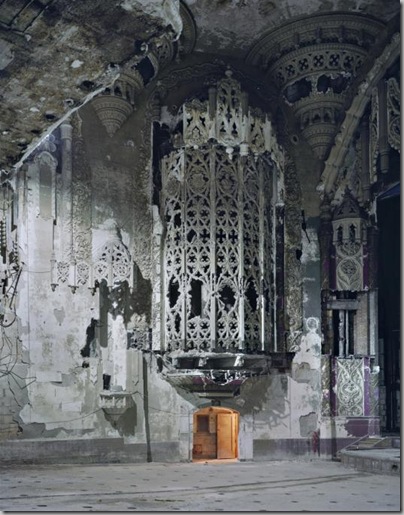 Get up close and take a look into the abyss that 40 years of elite liberal East Coast driven social policies have created. 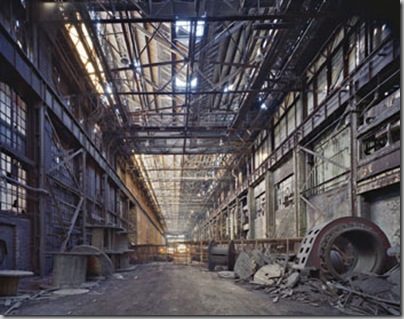 And spare me the litany of other factors that contributed to Detroit’s decline; they contributed, they didn’t create. Only government policies that suck the souls of its citizens dry of any personal responsibility and self-respect can so effectively kill the motivation, drive and ambition of people. Only multiple generations of people born into the entitlement mentality of government provision and care can kill the soul of the people, and with them their city.

And don’t even think about calling me a racist. The only racists in this game are the effetes who somehow decided decades ago that perfectly capable men, women and children of color could not make their way in the world with out the helping hand of government. If that is not prima facie racism, I don’t know what is. And you can throw into that same vat the black race-hustlers who have amassed personal fortunes and huge power bases by ensuring that this system remains in place. They sicken me. They are the traitors to their race, not the conservative minded blacks who expect more from themselves than that.

While the Senate “debates” America’s economic future tonight and our President continues to dither over sending the support our troops need in a war terrorists are waging on us whether we care to participate or not, our city continues to atrophy into the ash heap of history. Detroit may just be beyond redemption. The rest of the country is still our call.