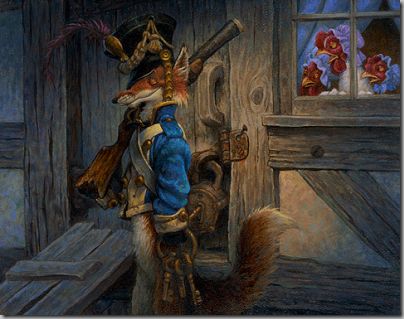 Last week the Middle East continued an inexorable march toward a holocaust involving nuclear weapons (that Iran doesn’t have) and weapons of mass destruction (that Saddam Hussein didn’t have and didn’t move to Syria).

Also last week, the US economy continued to grind to a slow halt as we continued to double down on our Faustian bargain with European socialism (with money that we don’t have).  Businesses continued to shutter their doors at “unprecedented” rates, unemployment continued unabated, already anemic GDP “growth” slowed to a near halt, and the forecast for the annual budget deficit hit $1.2 trillion – which means we will bump up against the incomprehensible $16.3 trillion debt ceiling by the end of December.

You’re probably wondering what, in the midst of all this turmoil, are our elected leaders doing to address these grave issues?  Is Congress working feverishly on a responsible budget to slash public expenditures?  Rationally trying to find a way to begin the process of unwinding the unsustainable level of public spending while simultaneously reducing the overall tax burden on the dwindling number of individuals and businesses who are paying “their fair share?”

Are they working round the clock to figure out how to eliminate the red tape that hogties businesses both large and small? Are they trying to unwind the internecine tangle of bureaucratic governmental agencies, departments, regulatory bodies and laws?

Some are at least concerned about the red tape

Or perhaps they are first going to direct their attention to simplifying the tax code; finding a way to ease the burden on ordinary citizens and business owners who are out there trying to “pay their fair share?”

The answer to all of the above is of course  “No.”  Maybe because our Supreme Leader has already declared victory on the economic front: “Just like we’ve tried [the Republicans'] plan, we’ve tried our plan, and it worked. That’s the difference.”

As they say, “some critics” disagree:

Not that the President holds much stock in what his critics think. You can tell by his tone in the video that he is dismissive, at times derisive, of people who disagree with him.

But since the economy is obviously on track in Obama’s mind, that frees up our local and national leaders to get all wee-weed up about other important issues during these dog days of summer. Here are just a few of the things our elected “betters” are concerned with right now: 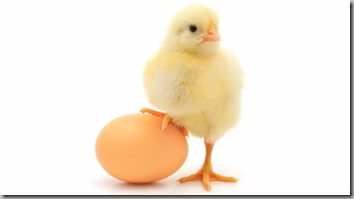 And speaking of chickens, several of our large cities plagued by drugs, crime and unemployment have redirected their efforts to chickens too. The mayors of Boston, Chicago, Washington D.C. and San Francisco have all targeted a new enemy - Chick-fil-A. They have said the restaurant doesn’t represent the values of their cities and have made it clear that the chicken sandwich shop is not welcome to open new outlets in their town. So chalk one up for “marriage equality” – whatever that is - and strike one for the First Amendment. At least we now know for sure what “Chicago values” are.

Not to be left out of the big city mayoral initiatives, New York Mayor Bloomberg - who knows  what’s good for you better than your own mother – has added another initiative to his long list of bans on salt, fat and sugar: baby formula. Like the others, this ban is intended to improve the health of the hive at the expense of individual rights. A small price to pay to live in the Big Apple. Anyway, he’s decided  not to wait for Obamacare to mandate that new mothers breast feed their infants and to start the ban on infant formula himself.

In something called the “Baby-Friendly Hospital Initiative” (sponsored by the World Health Organization and funded in part by federal grants) hospitals in New York are participating in the program that educates mothers on the proper care and feeding of infants (i.e. propaganda):

“The benefits of breast feeding to infants, mothers and society are well established . . . Specifically, infants exclusively breast fed for at least six months have a 22 percent reduction in risk for childhood obesity,” the Health Department said in its proposal to hospitals. 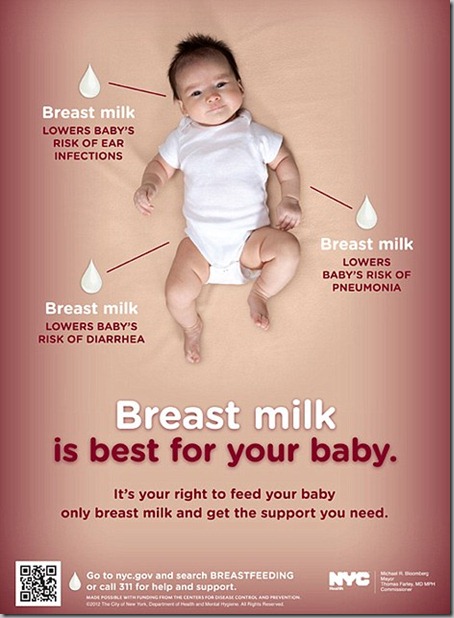 Apparently the initiative includes a lock down on formula and requires mothers who wish to bottle feed their baby to sit through a lecture by the Lactation Police before they are allowed to administer formula to their babies.

The New York City health department will monitor the number of formula bottles being given out and demand a medical reason for each one.

We’ll get back to work on world peace, fiscal responsibility and job growth right after we’ve implemented the rest of our social justice agenda, or after the election. Which ever comes first. Until them, you are all free to get back to the socialist dream of sucking at the teat of  government . 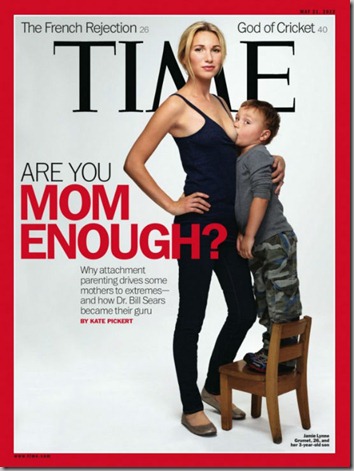 Had enough yet? Yeah, me too.

Linked By: MOTUS, and BlogsLucianneLoves, and NOBO2012 on Free Republic, Thanks!

Posted by DEWEY FROM DETROIT at 10:37 AM

A brief, sad reminder about humanity 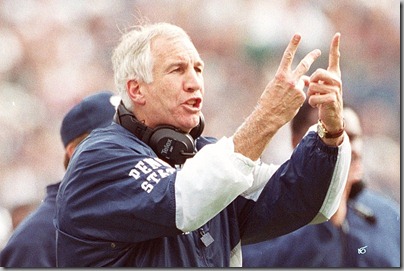 How many times do we have to relearn this?

Speak your mind. Vote your conscience.

Posted by DEWEY FROM DETROIT at 6:30 AM 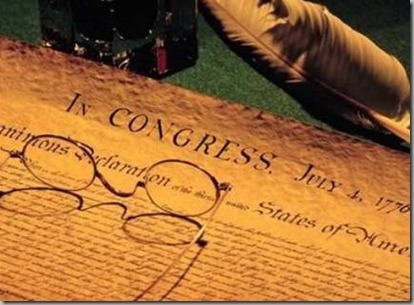 How many Independence Days does America have left to celebrate? That appears to be up to us.

I’m reposting these thoughts, originally marking Independence Day, 2009 because the concerns I noted then have not only not been addressed, they grow more egregious with each passing week. Consider this a call to arms. All boots on the ground my fellow Americans, evening is closing in on us fast:

Independence. Not Just a Day.

Patrick Henry passionately appealed to his fellow colonists in 1775 to fight against Britain’s tyranny. He chastised his compatriots who believed the colonies too weak to win a war against the King’s army:

They tell us, sir, that we are weak – unable to cope with so formidable an adversary. But when shall we be stronger? Will it be the next week, or the next year? Will it be when we are totally disarmed, and when a British guard shall be stationed in every house? Shall we acquire the means of effectual resistance, by laying supinely on our backs, and hugging the delusive phantom of hope, until our enemies shall have bound us hand and foot?

When Henry made this speech, the American colonies were  stronger than their infantry would have indicated, and much stronger than many people thought. That strength came not from a standing army, but from a firm belief in the honorable principles for which they fought: freedom, liberty, the end of tyranny. Today we have reversed the equation: our military is second to none, but we waver in our belief of the principles on which the republic was founded. This lack of conviction to our founding precepts makes us weaker than we appear – and already we appear weak.

We are afraid to show our strength, let alone use it, for fear that it will anger and offend others. North Korea fires missiles and we do…nothing? Or request another harsh letter from the UN? Iran taunts the Israelis and we stand by silently? We worry more about what the world thinks of us than we do about protecting our own country and freedoms, and those of our allies. This is not the America of our forefathers.

Progressive sentiment today seems to have it that we are too powerful; that the world hates us because we are too strong, too dominant. That what we need to do is to show the rogue nations “an open hand instead of a closed fist.” We need to stop flaunting our power, stop being so arrogant. They would have us be weak so that others may be made strong. They would have us stop believing in American exceptionalism because we are no better than any other culture, any other nation. This is what multiculturalism has bought us; a wasteland of  politically correct nihilism.

But nations and cultures are not all equal. Those that oppress their people either through government fiat(North Korea) or cultural edict (Saudi Arabia) or both (Iran) are not as good as free nations. We should not be embarrassed to say that those who deny their citizens the inalienable rights that America was founded on over 200 years ago are wrong, their ruling principles inferior and their governments evil. And yet we tacitly condone these rouges “by lying supinely on our backs, and hugging the delusive phantom of hope until our enemies have bound us hand and foot,” in the false belief that if we play nice with them they’ll see the error of their ways. It will never happen.

Patrick Henry chided his fellow colonialists to push through their fear and trepidation because the alternative was untenable: subjugation and tyranny.

Why stand we here idle? What is it that gentlemen wish? What would they have? Is life so dear, or peace so sweet, as to be purchased at the price of chains and slavery? Forbid it, Almighty God! I know not what course others may take; but for me, give me liberty, or give me death!

Indeed, why do we stand here idle? What is it that we wish?

On this Fourth of July let us be mindful of Ronald Reagan's warning that the chains of tyranny are never more than one generation away. Our brave troops stand ready to protect us from external tyranny. We are all that stands guard against the tyranny from within. Remember that come November 6. 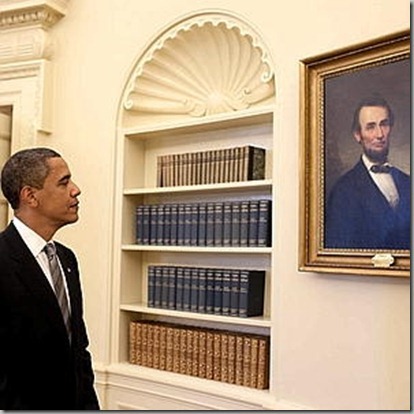 “The shepherd drives the wolf from the sheep’s throat, for which the sheep thanks the shepherd as a liberator, while the wolf denounces him for the same act as the destroyer of liberty, especially as the sheep was a black one.  Plainly the sheep and the wolf are not agreed upon a definition of the word liberty”

Linked By: Larwyn’s Linx on Doug Ross@Journal, and NOBO2012 on Free Republic, Thanks!

Posted by DEWEY FROM DETROIT at 12:01 AM

Clark Anter, proprieter of Lott Anter Tailoring & Cleaning, continues a tradition begun by his Grandfather in 1919: repairing and cleaning American flags for free.

Just a little story from a corner of a down but not quite yet out town in the middle of the Progressives America.

Posted by DEWEY FROM DETROIT at 11:55 PM