They come form all over the world to photograph the decline of Detroit. And why not? It’s stunning in both it’s breadth and depth. 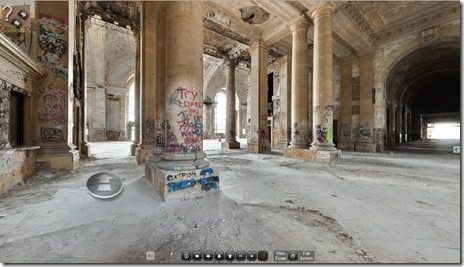 But none have captured the transitory soul of Detroit as well as French-Canadian Jean-Pierre Lavoie. His 360 degree panoramas of the the Michigan Central train station, built in 1913 and permanently abandoned in 1988, are accompanied by ghostly sounds from its past. He has presented this iconic symbol of Detroit’s decline as a shameful purgatory of abandonment that engulfs much of the rust belt. It feels like a nerve unsheathed, it looks like a malignant menace. It is the face of a city waiting for salvation, it’s worthiness unclear.

Societies  require care and selfless leadership to survive, let alone thrive. Detroit has had neither for nearly 40 years. I mention this simply as a cautionary tale.