Live and Die in Detroit

You didn’t know Marabel Chanin. Apparently, neither did anyone else. She was a loner both literally and figuratively.

She was the only child of Jewish parents who had no other close relatives. And although she lived in Detroit her entire life, she had apparently outlived all her friends as well. If she still knew anybody,they certainly didn’t live in her neighborhood anymore. In fact, nobody lived in her neighborhood. Not a soul. 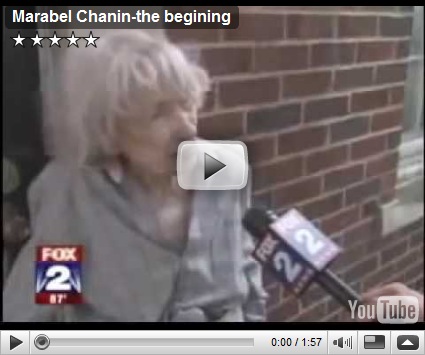 When she died in her Detroit home at age 88 on December 26, 2008, her body laid unclaimed in the Wayne County morgue for five months. The city had no money to pay for a burial. 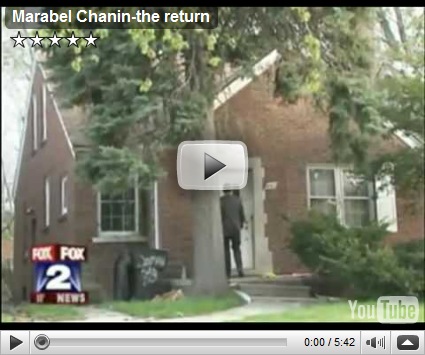 When Marabel moved into the house on Robinwood Avenue in 1964 it was a beautiful neighborhood of 1920’s era brick bungalows, stately trees and neat gardens. The northwest Detroit neighborhood was adjacent to the exclusive Palmer Park Golf Course and Country Club. A serene, safe and attractive community. Forty five years later, it had turned into a dump.

What transpired over the years is nearly incomprehensible. By the time Marabel contacted Channel 2’s Problem Solvers in 2008, she was the only resident left on her block. Robinwood, like countless streets in Detroit, had turned into a block of abandoned carcasses. Burned out, boarded up falling down houses littered the block, and served as gathering places for drug dealers, users and thieves. Marabel lived out her life a prisoner in her own home, fearful of gunshots, burglary and worse.

Who knows why Marabel remained? Perhaps she just stubbornly refused to sell – refused to believe what she was seeing with her own eyes: the destruction of her once lovely neighborhood. Some say she fell through the cracks. She did not. In a city as fractured as Detroit there are no cracks, just ragged, gaping holes. By the time Marabel allowed herself to believe the unbelievable, it was probably too late. No one would buy her still neat home in the middle of a a block abandoned by everyone other than those plying the very profitable drug trade. Too old and poor to start over, with too many things in her house that held all of her embedded memories. She couldn’t bear to stay, and couldn’t bear to leave. So she died there. And like all of the rest of the detritus in Detroit, she laid abandoned until someone finally said “enough.” America, look at what Detroit has become. Ask yourself if you want to perpetrate the politics of social engineering that not only allowed this to happen but actively precipitated it. These are the real politics of destruction. 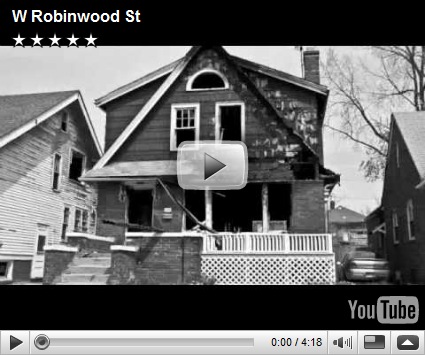 Marabel died never knowing “why this happened” to her … I don’t know either … Do you???

Technorati Tags: Marabel Chanin,Detroit,Robinwood Avenue,politics of destruction,social engineering
Posted by DEWEY FROM DETROIT at 11:56 AM