Benjamin Franklin is credited with saying “When the people find they can vote themselves money, that will herald the end of the republic."

Democrats seem to have figured this out long ago, but, amazingly, they don't think it will negatively impact them. As if the demise of the republic will selectively smite only their enemies (which highlights one of the psychopathies of the left). A major part of the Democratic strategy involves identifying the aggrieved - based on gender, race, age or class – and forming a coalition that can be bought by giving them something they want. It couldn’t be simpler: pander, promise and pocket. The Dems keep giving them stuff, and their “constituencies” keep returning them to the halls of power. Win win.

Unfortunately, the price of this voter block bribery is beginning to strangle what’s left of our economy.  When that happens, Margaret Thatcher’s famously brief critique of Socialism kicks in: “The problem with Socialism is that eventually you run out of other people’s money.”

Rational Jingo has a good post on Detroit’s shameful  contribution to our demise, specifically the Cobo Hall fiasco where 50,000 showed up to collect their Obama-dollars.

Talk show hosts compared this to the Katrina aftermath. They are wrong it is more like Zimbabwe with little smatterings of Argentina and Yugoslavia thrown in for seasoning.

These self-inflicted “man-made disasters” threaten to take us all down.

This type of entrenched entitlement mentality is reason enough to restrict the voting privileges of anyone who’s on the receiving end of transfer payments. Please, don’t anyone report me to the Justice Brothers for saying that. 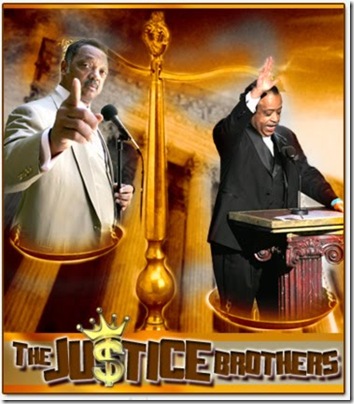