As you can see above, our motto at Dewey From Detroit is “Come for the Politics, stay for the Pathologies.” It used to be that the pathologies were as much fun, if not more so, than the politics. But lately we’ve found ourselves being a little uneasy about that phrase, for no specific reason.

As fate would have it, everyone’s favorite recovering liberal, Robin from Berkeley, explains the probable cause of our distress, in her latest American Thinker post. The politics of Obama have caused the normal ambient psycho-pathologies to go viral. Since Robin is a therapist by trade, she describes the resulting situation in terms of an abusive relationship: we’re all suffering from post-traumatic-stress syndrome, minus the post.

It really takes all of the fun out of it.

We have people at the highest echelons of our government who may be rotting this nation. They espouse twisted notions of humanity, like de-evolution and forced sterilization. They eat, drink, and sleep revenge.

They are throwing much of this country, at least those of us who are paying attention, into a psychiatric emergency -- into trauma.

They dominate. They control. They terrorize.

I can hear the fun being sucked down the drain. Robin continues…

But the best and the brightest of abusers never get their hands dirty.

Their work is done through a look, a blank stare, a grin, a devilish laugh. They can incite trouble without lifting a finger.

So if you feel uncomfortable, and tense, and scared, this is why. This is what abusers do.

I thought therapists were supposed to make you feel better.

The daily force feeding of leftist ideology designed to control every aspect of our lives. The health care rationing that threatens our families. The strangling of business through Big Brother intrusions.

I’m getting a double migraine.

Of course Robin’s right. Many have a sense, if not an outright taste, of fear on their palate. The violation of this country’s first principals, the danger to our way of life, the tyranny that may be bequeathed to future generations - all unimaginable just a few short years ago – are now a lurking possibility.

Robin presents her 5- F (didn’t that use to be a deferment? No? Oh yeah, 4-F.) options for dealing with trauma/abuse: Fight, Flight, Freeze, Fawn and Faith; the last of which she describes:

There's a final "F," the most formidable one, the one taking root and flourishing all across the country: it's faith. Faith in a Higher Power or ourselves or the American system or its people

All well and good. But we upon whom the responsibility falls to reverse the pernicious creep of socialism, marxism and statism already have faith in something more powerful than the government, or we wouldn’t be opposed to Obama’s tyrannical regime in the first place.

There is only one cure for the self-inflicted trauma of this run-away government: fight it with our votes. I get the sense from Robin’s piece that she believes that we of sound mind and spirit will rise up and prevail over the dark side. But I don’t get a sense that she knows how we will do it, and she didn’t give us a scrip to deal with our malaise.

I’m not a therapist, so I can’t write a scrip. But here’s a script: it contains no antibiotics or anti-depressants. The only way to fight this disease is at the polls, or, as the Democrats would say “get the vote out.” It’s the oldest play in the political book, and still the most effective: we work to garner support for the people who reflect our beliefs and values; and we work to defeat those who don’t. We need to fight to defeat every Congressional Representative and every Senator that is currently enabling and facilitating the demise of our liberty by voting for legislation that tightens the noose of tyranny.

The 2010 mid-term election is the launching point. If your Senator is good, work to get him re-elected. If he’s not, work even harder to throw him out. Ditto with your Representatives.

People, we live – at least for now – in a representative democracy. Obama is having trouble getting his radical agenda rammed through even with a super-majority in the Senate and and overwhelming majority in the House. It’s our job to make it impossible. By working to crush those majorities we will render Obama a toothless lame duck.

In our lovely garden state of Michigan, we’ll be working to re-elect our Representative, Thaddeus McCotter – even though he does appear with Greg Gutfelt on Red Eye regularly, and plays in a garage band. 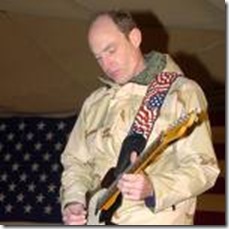 Also in Michigan, and deserving of our efforts is Mike Rogers who represents an area including the state capital of Lansing. Unfortunately neither of our extreme loser Senators, Stabenow and Levin, are up for election in this cycle. We’ll get them in 2012 & 2016.

And certainly if you live in Connecticut you can work to throw the liar and thief Chris Dodd overboard. Or in Pennsylvania: it’s time to broom the newly minted Democrat Arlen Spector back into the dust bin of history. And what would I give to be a resident of Nevada! To work for the demise of Harry Reid, undoubtedly the only person in that state who made money in the real estate market in the past year. And last but not least: you lucky dogs in Illinois. You need to stay up late working against anyone the RambObama team picks to run for the Blago-Burris seat. In any other state, that would be a no-brainer, but in the land of Lincoln it’s going to require Herculean effort.

So OK team, suit up! Let’s get out there and win one for the Gipper! 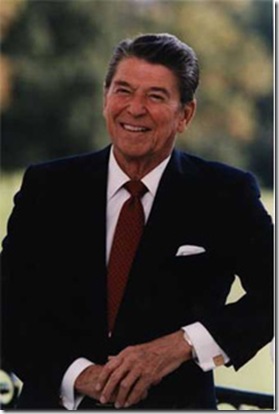 There. I’m feeling much better now. Thanks Robin.