In case you missed this amidst the furor over the White House’s attack on one of the largest news media outlets, FOX wasn’t the only object of the attack dogs last weekend. Rahm Emanuel and David Axelrod were also busy trashing financial institutions for not supporting Obama’s reforms for those sectors. 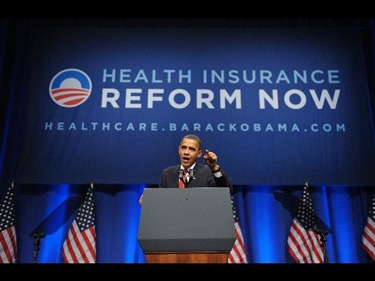 Obama took up the banner himself yesterday at two Democratic fundraisers in New York.  In speeches highly critical of insurance companies and financial institutions the President accused them of resisting changes because they were “doing just fine under the status quo.” No mention of any one else’s proposed changes, probably because they aren’t post-partisan enough for the President. He went on:

“The financial industry is essential to a health economy and to the well-being of our economy,” Obama said. “But we also know we should never again have to face potential calamity because of reckless speculation and deceptive practices and short sightedness and self-interestedness from a few.”

Yeah, let’s not have any more reckless speculation (like jeopardizing the U.S. economy with a Cap and Tax bill in pursuit of a Chicken Little fear of non-existent global warming), deceptive practices (like a 1500 page health care reform bill hiding the real costs and impacts of the reform; and conducting negotiations of the terms behind closed doors with only a handful of Democrats and Rahm Dead Fish Emanuel), short sightedness (like trillions of dollars in deficit spending that will strangle generations to come) or self-interestedness (like refusing to address your General’s request for troops in the middle of the war in Afghanistan so as not to jeopardize the presentation of your Nobel Peace Prize.)

Yeah. Those Wall Street types are a bunch of rotten apples.

Technorati Tags: obama,cap and trade,Afganistan,health care bill
Posted by DEWEY FROM DETROIT at 8:36 AM