Here’s this weekend’s must read: a Dennis Miller rant on the stupidity of relativism vis a vis the Roman Polanski apologists.

His points are valid and amusing as they can be, given the insanity of the argument:  "what Roman Polanski did was wrong but ..."

One liberal pundit or another (banality = interchangeability) was bleating on and on, and I actually heard the words "what Roman Polanski did was wrong but ..." and it hit me like an air horn in a Trappist monastery. With a simple wave of the conjunctive wand, we now believe that we can explain away absolutely anything!

Welcome to my world Dennis, where relativity has been running amok since the 70’s. However, to be fair there are several areas that are exempt from relativism. They are the basic tenants of liberalism, and hence the only absolutes recognized. They are:

Racism. All whites are inherently racists. Therefore anything that the race baiters and race mongers who promote race for profit and political gain determine to be racist, is. End of discussion. Pay on the way out.

(an aside, but a worthwhile aside:  see how the “Justice Brothers” use racism. Watch Juan Williams – who used to be black – lash back at the racist diatribe heaped on him for defending Rush Limbaugh. H/T Johnny Dollars 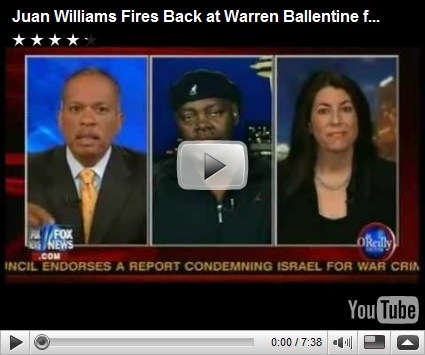 Diversity. All whites are inherently racists and xenophobes. Therefore anything done or promoted by anyone non-white and/or of non Judeo-Christian background is automatically assumed to be of purer intention and worthiness. Jews used to be included in the “other” column in the diversity medley because they had been enslaved and persecuted for thousands of years. But now, because the Palestinians are more persecuted –  at least according to PBS and NPR – Jews have pretty much been tossed into the “not-diverse enough” pile. I don’t think that has anything to do with Israel being the last loyal ally of the Reagan/Bush America (which is to say, the non-diverse America).

Global Warming. All Americans are greedy materialists.  We use far more than our share of material goods and services, most specifically carbon based energy. Global Warming is Gaia’s way of punishing us for being capitalistic and successful. Therefore, global warming, here-to-forth known as “Climate Change” since the earth seems to be cooling now, can only be reversed if we give all of our stuff to countries that don’t have anything now. That way it will be fairer. We’ll have way less stuff (like jobs and  GDP) and our diverse brethren will get their turn at trashing the earth.

Global Warming will never be relative. It will never get “better” and it will never go away. That’s because conservatives will always be racists and Al Gore has a lot of carbon credits to sell.

Posted by DEWEY FROM DETROIT at 6:29 PM