The FREE event, was held at Gino’s Surf, overlooking beautiful Lake St. Clair, and featured the Miss Vernors hydroplane and a Vernor’s float (sometimes called a “Boston cooler”) eating/drinking contest. It may be the most fun you can have in Detroit without a semi-automatic weapon. 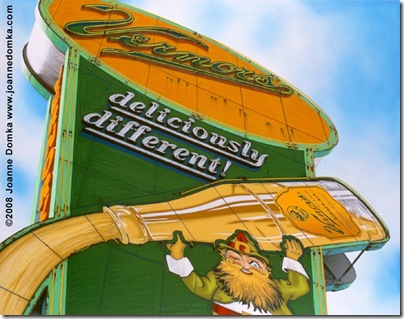 The Vernor’s club has only been around since 2007, but now claims members in “…Michigan (DUH), Ohio, New York, Illinois, New Jersey, California, Colorado, Tennessee, Virginia, Canada and more.”  Vernor’s Collector’s Club membership is only 20 bucks for the whole year, unless you fly from LA to Detroit for the annual Summer Event.

So join the club (20 bucks', they even take Paypal), come to next years summer event (we’ll announce it here when dates are set) and enjoy some Vernor’s Ginger Ale: It’s what we drink around here.

Disclaimer: Dewey From Detroit is in no way, shape or form affiliated with the Vernor’s Collectors Club nor any of their vendors. Although it does look like fun, and we would join, if we were joiners, or, if we had 20 bucks.

Posted by DEWEY FROM DETROIT at 1:36 PM