The only thing surprising about this story is that it’s surprising to anyone: "Low level of literacy adds fuel to unemployment crisis."

Rochelle Riley’s article in the Detroit Free Press points out that “One out of three working-age adults in Michigan — 1.7 million people — cannot read well enough to be hired for a job that will support a family.”

Let me remind you again that the Detroit Public School System alone has been spending over $1.2 billion a year to educate – and I use the term loosely - fewer than 84,000 students. For that investment of capital they only manage to graduate some 25%  of students entering high school; and apparently even some of them remain functionally illiterate.

It looks like the Detroit school district may be joining some of the other local icons into bankruptcy court. Even with the help of emergency financial manager Robert Bobb, an educational turnaround specialist brought in by the state, the district has only managed to cut the projected annual deficit from $410 million to a more reasonable $285 million. To achieve this there were additional layoffs among the 13,880 employees, (that’s 1 employee for every 6 students, for those of you educated in the DPS) of which only 5,500 are classroom teachers. It’s unclear exactly what the remaining 8,380 employees contribute to the overall excellence of the system, as investigations have documented payroll fraud, including but not limited to the identification of some 250 “ghost” employees. 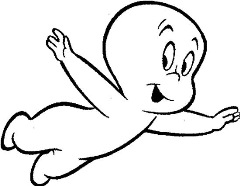 With the degree of corruption and ineptitude embedded in the DPS system, bankruptcy is probably inevitable. The only real salvation for the district’s children however lies with the introduction of vouchers and/or charter schools. Yet, as I noted in "A Short History of Detroit,” teachers continue to lobby to maintain the status quo, and even staged a walk-out when a philanthropist offered $200 million to start 15 charter high schools.

That’s not to say that the teachers are the primary problem. That honor goes to the corrupt School Board, who ostensibly sets policy, academic curriculum and budgets. Like every other public body in Detroit that I can think of, the School Board is filled with self-serving political hucksters who feel they are owed a place at the public trough. Taking their “share” is simply a self-implemented reparations program. (Apologies to the honest, hard working members, There’s bound to be one or two.)Even now, as the system spirals into oblivion, they remain trenchantly obstructionist.

Tell me again, citizens of Detroit, why is it you want the government to be in charge of  your health care? I hope it’s not because it will be “free.” The Detroit Public Schools demonstrate the product quality you can expect, as well as how costly “free” can be.