Al GORE: People think about geothermal energy - when they think about it at all - in terms of the hot water bubbling up in some places, but two kilometers or so down in most places there are these incredibly hot rocks, 'cause the interior of the earth is extremely hot, several million degrees, and the crust of the earth is hot ...

No wonder Al Gore is so worried about global warming. He thinks that 2 kilometers beneath the earth’s surface (1 1/4 miles) there is a bubbling cauldron of molten lava reaching temperatures of “several million” degrees. He didn’t specify whether that was Fahrenheit or centigrade. Not that it matters. At that depth the actual temperature is approximately 65 degrees. When you’re off by 1,999,935 suffice it to say the measurement scale doesn’t matter.

In fact, if at 2 kilometers down -which is barely scratching earth’s surface: the core is another 6200 kilometers in - we were getting thermal measurements in the “millions,” we’d be a star. No, not like Al – a real celestial body.

Newsbusters provides a great summary of the facts and science, if you think such things are important. Here’s the Conan clip of our little genius making his latest proclamation - which you really should watch. Just reading the transcript doesn’t do justice to the pomposity of this dangerous narcissist . 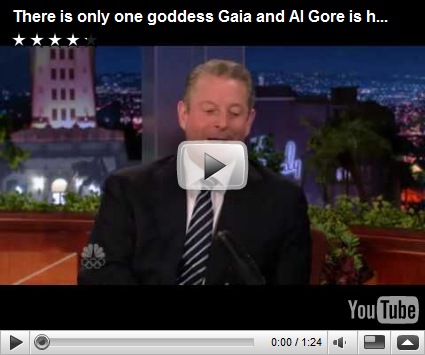 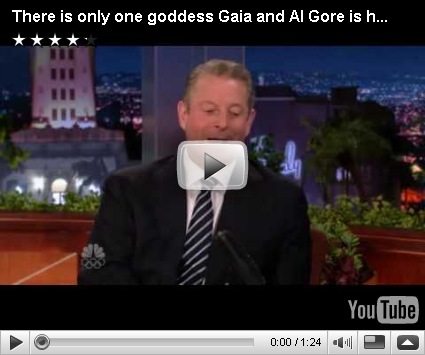 Seriously. This man is a dunce. Even if you weren’t the world-wide spokesman for anthropogenic global warming, wouldn’t his claim strike you as – preposterous? I mean, if you knew anything about science? Which is something we can safely assume Al doesn’t, based on this well publicized copy of his collegial accomplishments.

But in place of any real knowledge, Al has embraced his inner arrogance. That, along the reliably sycophantic MSM, has allowed him to continue to lecture us all on what kind of light bulbs to use, while predicting the GW apocalypse.

I guess if you’re doing Gaia’s work by preaching the error of our materialist ways, and selling carbon offset credits to those who chose not to repent and use just one square of toilet tissue per flush, you deserve a pass. With those credentials, we can certainly allow you a margin of error measured in Carl Sagan-sized numbers.

The fact that Algore’s quoted geothermal temperature numbers are off by an order of magnitude greater than 4 (That’s 10 to the 4th power for those of you who went to public school in the last 25 years: er, never mind. That won’t mean anything either.) should actually be reassuring. Because all we can confidently take away from this is that Al’s estimate of the temperature of the “really hot rocks” beneath the earth’s surface is just as accurate as the global warming alarmists estimates of the temperatures on the earth’s surface in the future. In other words, the sky isn’t falling. The polar ice caps aren’t melting. Baby seals aren’t dying. New York will not be under water next year.

Still, it’s hard to believe that the guy who invented the Internet could be caught up in such an exaggeration.

Posted by DEWEY FROM DETROIT at 7:44 PM