It’s been the week of the goons. 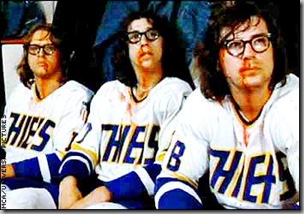 First there were all the snow goons in Copenhagen. The ones demonstrating in the street, the ones negotiating inside, the House of Representative goons who flew over when the conference was pretty much wrapped up,  for who knows what: some caviar on the taxpayers dime to celebrate yet another bill  larded with pork?

Then there was the mandatory contingent of dictators who arrived, as always, with their hands out, railing against the evil, industrialized West. Robert Mugabe - so despicable a leader that even the UN has imposed sanctions against his thieving,  murderous regime – felt justified in complaining that the sins of the “capitalist gods of carbon” were starving and killing his people. At 85, he may be getting senile and has forgotten that he’s the who destroyed the once thriving economy of Zimbabwe by seizing the farms of white landowners.

The goon squad from the southern hemisphere was equally offensive. Hugo Chavez was offended by the “ghost of capitalism” stalking Copenhagen. He was again allowed to insult an American president with impunity. Since he continues to smell sulfur, perhaps he should make sure it isn’t emanating from somewhere closer to himself. His sidekick, Evo Morales, from the great state of Bolivia, took center stage to demand that the West pay reparations for all the evil they have caused the climate. That should give the United Nation a raison d'état for another 50 years. 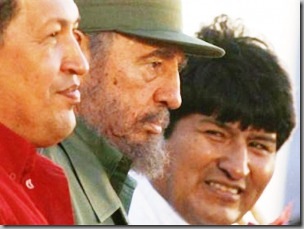 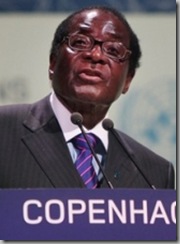 But now, jet back to D.C. (before the blizzard: the Al Gore effect continues). Here we find all types of Congressional goons, beating up their own members in order to get the boss’s Winter Solstice Holiday present wrapped in time for them to all leave on Holiday break. 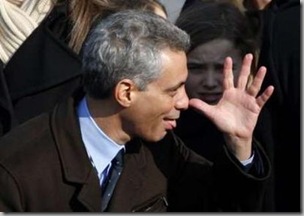 Rahm shows how he feels about the little people in flyover.

Pelosi and Emmanuel tried to goon DeFazio when he refused to follow the party line, and they would’ve gooned Mary Landrieu if she didn’t end up being so easy (although not cheap). 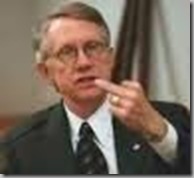 In the Senate, the gooning of the Democratic holdouts has been going on all week.  Harry Reid runs a tight ship.

When he dispatched Al Franken to slap Joe Lieberman down, Al delivered big time. Although he, too,  looked like a goon. 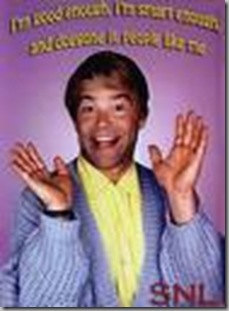 One by one they were intimidated (or bribed) into voting with the herd. Then it all came down to Ben Nelson from Nebraska. First they threatened him with the closing of an Air Force base. When that wasn’t an adequate threat, they had to buy him off too. Just a little extra tasty bacon for the good voters of the Cornhusker state. It’s a good thing they had all that TARP and Stimulus money left over to reallocate to buying important votes.

So merry f-ing Christmas everyone: you’ve been gooned. 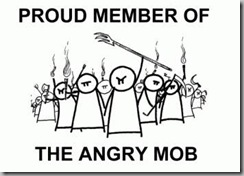 Posted by DEWEY FROM DETROIT at 9:06 PM