Please Store all Sophistry in the Overhead Compartment 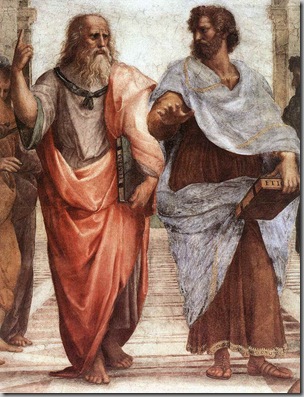 In today’s Wall Street Journal, Shelby Steele has penned one of the best op-ed pieces to-date on our national Obama-fication phenomenon. Mr. Steele is a senior research fellow at Stanford University’s Hoover Institution who  specializes in the study of race relations, multiculturalism, and affirmative action. He also happens to be a black man, so I think his credentials for commenting on “Obama and Our Post-Modern Race Problem” are solid.

He contends that the old form of white racism towards blacks has lost its legitimacy and become nearly universally maligned. In it’s place is a new kind of racism that he refers to as “sophistication.” He uses the term not in its modern context of  “urbane and cultivated” but in it’s original Latin sense: the use of sophistry.  Hence, he’s referring to the sophistry practiced by the American media and public. They fawned over the articulate Black man’s  every move and utterance, demanding not a whit of confirmation or substantive testimonial to anything they’d been told. Steele sees it as a conceit similar to that displayed by the Emperor’s subjects who did not wish to appear to be stupid and incompetent for not being able to see the Emperor’s new clothes; so they simply lied and said they appeared grand.

Mr. Steele describes our cultural political correctness as a “compendium of sophistications in which we join ourselves to obvious falsehoods ("diversity") and refuse to see obvious realities (the irrelevance of diversity to minority development.)”

He argues that a new American sophistication was at play in the election of Obama: a determination to see what was not there, all the while refusing to see what was there. Not in order to avoid looking stupid – like the Emperor’s subjects - but in order to avoid looking racist. Unlike the Emperor’s embarrassment, the impact of this lie has far deeper implications:

Our new race problem—the sophistication of seeing what isn't there rather than what is—has surprised us with a president who hides his lack of economic understanding behind a drama of scale. Hundreds of billions moving into trillions. Dramatic, history-making numbers. But where is the economic logic behind a stimulus package that doesn't fully click in for a number of years? How is every stimulus dollar spent actually going to stimulate? Why bailouts to institutions that only hoard the money? How is vast government spending simultaneously a kind of prudence that will not "add to the deficit?" How can such spending not trigger smothering levels of taxation?

The public’s lack of even superficial examination of a candidate who was equally unwilling to volunteer any personal  information (college grades, college papers, Harvard Law Review articles, birth certificate, personal  affiliations to name a few) resulted in the election of “arguably the least known man ever to step into the American presidency.”

The article goes on to explain just how much of an empty vessel we’ve apparently elected. In contrast to Ronald Reagan who spent his career defining who he was, what he believed, and where he wanted to lead the nation,

Mr. Obama's ascendancy to the presidency could not have been more different. There seems to have been very little individuation, no real argument with conventional wisdom, and no willingness to jeopardize popularity for principle. To the contrary, he has come forward in American politics by emptying himself of strong convictions, by rejecting principled stands as "ideological," and by promising to deliver us from the "tired" culture-war debates of the past. He aspires to be "post-ideological," "post-racial" and "post-partisan," which is to say that he defines himself by a series of "nots"—thus implying that being nothing is better than being something. He tries to make a politics out of emptiness itself.

Mr. Steele explains Obama’s victory lap is the result of something he calls the “bargainer’s mask –I will presume that you are not a racist if you will not hold my race against me.” White America is flattered by this racial trust, and relieved of some of it’s racial guilt. In return the Black man (or woman, e.g. Oprah) is elevated to adulation status which they may or may not be worthy of, but likely didn’t earn.

Obama, Steele tells us, came into power with a “benign—and therefore desirable—blackness” which:

… exempted him from the political individuation process that makes for strong, clear-headed leaders. He has not had to gamble his popularity on his principles, and it is impossible to know one's true beliefs without this. In the future he may stumble now and then into a right action, but there is no hard-earned center to the man out of which he might truly lead.

And that’s the charitable way to look at him.

The real point of Steele’s article is that political correctness is simply a new type of racism, and by no means more benign than the old kind – just less obvious. We live in dangerous times. We need to be sharper and see clearer, and yet we continue to cloud our vision with nonsensical “sophistications.”

Posted by DEWEY FROM DETROIT at 12:24 AM