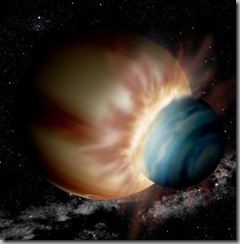 And how strange things have grown in the intervening ten years. To remind all of us how politics still make strange bedfellows, I’m linking and posting a portion of a Hillbuzz post from yesterday. For those of you who aren’t familiar with the Hillbuzz Boyz, this post pretty much sums up their motus operandi: they are 2 gay guys from Chicago who were die-hard Hillary boosters. They became completely disillusioned with the Democratic Party tactics involved in getting Obama elected.

Since the 2008 Democratic convention they’ve undergone an interesting political awakening, and have discovered some conservative roots in their DNA. Here’s a portion of their post on Rush Limbaugh. Read the whole thing: it will give you hope for America.

We don’t listen to Rush’s show, and didn’t catch when Dennis Miller was talking about us last month either, but enjoy when those of you that do listen to conservative radio tell us what’s up. The one good thing that’s come of The Golden Age of Hope and Change is that it’s proved people who don’t agree on anything, but love this country, can indeed fight the good fight on the same side.

We will say this to you now, so we are clear, because we want this to be as forceful as possible:  we believe Rush Limbaugh is crucial to stopping socialism from destroying this country.  He is an American hero.  No, we don’t like things he’s said about the Clintons in the past.  No, we don’t agree with him on everything.  But, we know he loves this country.  He does not want to see this country destroyed.  He is a powerful voice we are counting on to help lead the resistance movement for the next two years so that Dr. Utopia can be driven from the White House and Liberals can be exorcised from Congress.

One of their previous posts that I think you might enjoy also is here. I’ve linked to it before, but it’s still a good read heading into a new year.

Happy New Year to all, and remember: let’s be careful out there.

Posted by DEWEY FROM DETROIT at 3:46 PM