Come On Guys! We Can Do This Alone

In case you didn’t have a chance to watch the health-care summit today (and who didn’t?), here’s the only clip you really need to see to know how it went. It is also a pretty good summary of what’s wrong – from a fiscal standpoint – with the health care bill.

Hot Air titles the clip: Paul Ryan to Obama: You realize your bill is a fiscal disaster, right? 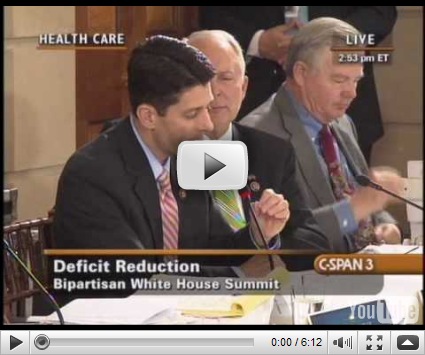 Even the MSM can’t paint the President’s summit as a pretty picture:

CNN’s DAVID GERGEN: “The folks in the White House just must be kicking themselves right now. They thought that coming out of Baltimore when the President went in and was mesmerizing and commanding in front of the House Republicans that he could do that again here today. That would revive health care and would change the public opinion about their health care bill and they can go on to victory. Just the opposite has happened.” (CNN’s “Live,” 2/25/10)

CNN's Gloria Borger: “The Republicans have been very effective today. They really did come to play. They were very smart.

Someone else, I don’t recall whom, quipped  “Every Democrat came with an anecdote, every Republican came with facts.” That’s always worked for them in the past.

Obama looked for all the world like the hapless junior executive tapped to chair the big meeting, but who is in hopelessly over his head. He has no idea what anyone is talking about, either doesn’t have, or can’t figure out how to implement his meeting agenda and he just can’t wait for the whole thing to be over so he can go home and kick the dog. 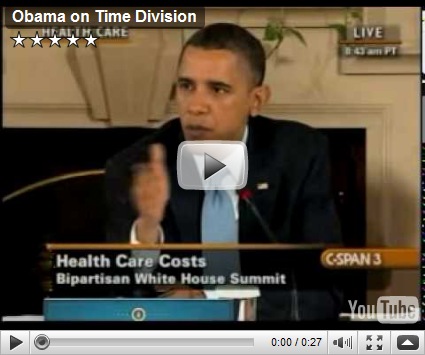 If you want to see more of the freak show moments, here’s a Hot Air link that has nicely captured them for your viewing pleasure. Don’t miss, they’ll make your day.

A good day for liberty and justice for all.

Although in typical fashion, when all was said and done and it was clear there was no compromise on the horizon, The Won threatened to take his marbles and go home. Reconciliation is a legit option in his book and if the voters don’t like it, they can speak in the next election. Has he not seen the polls? The voters have pretty much already decided where they stand on this.  I’m not sure that show of concern for his fellow Democrat legislators is going to foster a whole lot of support among their ranks for his bill. They may not be as committed to socialist ideology as they are their own hide.

Posted by DEWEY FROM DETROIT at 9:47 PM