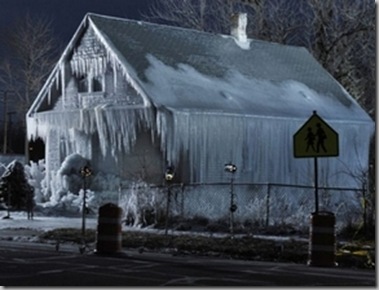 What you are looking at is an “art installation”  in the inner-city of Detroit. It’s called the “Ice House” I’m seldom at a loss for words, but I’ll confess, this one flummoxed me.  So I went searching a bit beyond the information and links provided by the Detroit News and found this in the publication from the artist’s alma mater, Rice:

Radune and Holm want the house to serve as a "red flag," drawing attention to the glut of abandoned, dangerous houses in Detroit. "In effect, it will serve as a front operation for Ice House Detroit, the social capital project," Radune said. "Our goal is to highlight organizations within urban Detroit that are doing radical work to remake the urban fabric of the city by recycling materials from abandoned houses, foresting abandoned lots and putting up vegetable-growing greenhouses within sight of downtown."

That was the original intent. According to the Detroit News, upon its execution:

"It's grown into something much more than a reference to the housing crisis in Detroit and beyond and more about the personal quest that this has become and the community that has grown around it."

It would seem that as either a “red flag” or “reference to the housing crisis” it’s about 25 years too late.  And having read the entire article and watched the video, I’m not sure there was much of  a community that grew around it beyond bored, curious nearby residents who wondered why a couple of dudes wanted to put a house on ice in the middle of a block of abandoned houses.

Apparently this house, along with hundreds of others are slated for “deconstruction” come spring. Deconstruction differs from demolition in that the materials are recycled, therefore making the demolition available for green funding from the newly green state of Michigan. One objective of the project seems to have already been met: urban looters had already “reclaimed” anything of value - plumbing, electrical, fixtures – before the artists arrived.

Donna Terek concludes in her article that the project was really all about the art, presumably because of the absence  of any significant contribution on any other front. I’m forced to concur, keeping in mind that “art” is solely in the mind of the beholder. As installation art, an abandoned house sprayed with water in the middle of winter is a far cry from that of Andy Goldsworthy who also collaborates with nature to produce transient art: 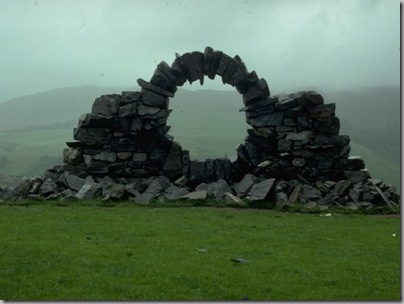 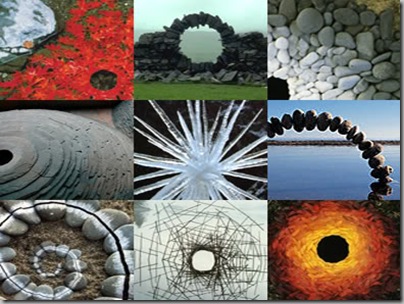 But at least Matthew Redune and Gregory Holm raised their own money, paid the city and state for their services and provided a little entertainment in a woefully non-entertaining environment. And I presume they are planning to make some money when they self-publish a book about their project.  It seems a fairly harmless project even if it is also fairly pointless. But trust me, an “ice house” in Detroit in the middle of winter is not going to provide any more “red flags” than this, or  this.

But hey, any kind of “capital project” in Detroit can’t be bad, even if it’s only social capital. 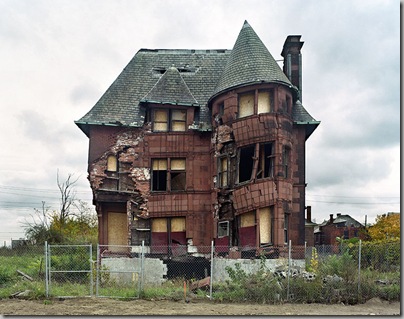 Posted by DEWEY FROM DETROIT at 11:13 AM