In Utah, most sentences that include both “moose” and “limb” involve a rogue moose chewing on  trees in our neighborhood. 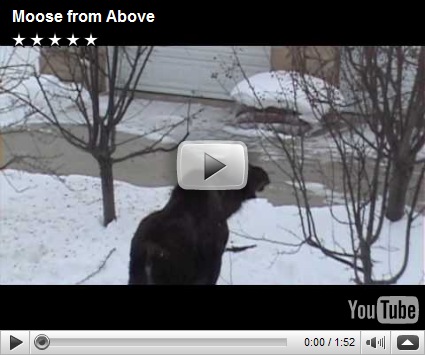 Back in Detroit however, Moose-lim used in a sentence more often involves things such as demands for foot baths at the University of Michigan, the reading of Miranda rights to the Christmas Day panty bomber, or a fatwa regarding Muslims being body scanned at airports.

And in Britain, where things have gotten even more out of hand, Pat Condell has created a mini-industry of making fun of Muslim demands. But he’s actually quite ecumenical, having complaints with all other religions as well. In this video, Mr. Condell takes exception to being lectured on Human Rights by Saudi Arabia: saying that would be comparable to being lectured on animal rights by Koreans. There’s no political correctness here my friends, so consider yourselves warned.

Posted by DEWEY FROM DETROIT at 12:18 AM