Yea, Though I Walk Through the Valley of Death. . . 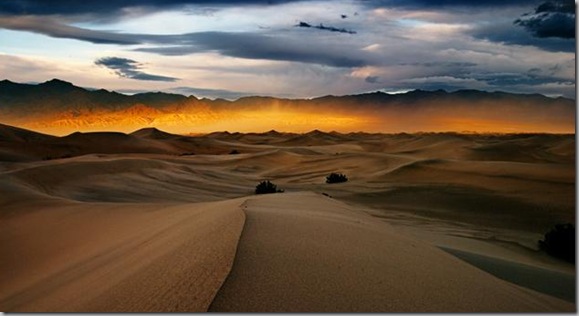 The Valley of the Shadow of Death by Jay Patel

American Spectator is running an article on another thing about America that the O’s hate: business. At the same time it exposes Obama’s penchant for speaking out of both sides of his mouth.

In the SOTU speech earlier this month Obama called for shifting 50% of the balance of student loans onto the backs of taxpayers for those graduates choosing to go into “selfless” jobs in the public sector rather than business for themselves or others. But in the same speech he said: "Jobs must be our No. 1 focus in 2010, the true engine of job creation in this country will always be America's businesses.” Or did he really mean government jobs, which are increasing at an alarming rate, even in the midst of a recession?

What do these two really believe? Look no further that Mrs. O’s comments on the campaign trail in 2008:

"We left corporate America, which is a lot of what we're asking young people to do," Mrs. Obama told a group of women in Zanesville, Ohio. "Don't go into corporate America. You know, become teachers. Work for the community. Be social workers. Be a nurse. Those are the careers that we need, and we're encouraging young people to do that. But if you make that choice, as we did, to move out of money-making industry into the helping industry, then your salaries respond."

Some of that is true, if by “then your salaries respond” she means you’ll make more money when you’re paid by the taxpayers (which all of the above mentioned jobs are, except nurses – so far):

And Obama’s own commencement comments at Wesleyan University that same year, advocating public service and telling students that they should not "take your diploma, walk off this stage, and chase only after the big house and the nice suits and all the other things that our money culture says you should buy."

I’m telling you, these Alinskyites hate our way of life, and they believe they’ve been anointed to change it. The best part of the article, however, comes from a commenter tagged as “coal carrier” who submits a new prayer:

The Government is my Shepherd, I need not work.

It alloweth me to lie down on good jobs.

It leadeth me beside still Factories.

It destroyeth my initiative.

It leadeth me in the paths of the parasite for politics sake.

Yea’ tho I walk through the valley of the shadow of laziness and deficit spending, I will fear no evil, for the Government is with me.

It’s dole and vote getters, they comport me.

It prepareth an economic Utopia for me, by appropriating the earnings of my grandchildren.

It filleth my head with Baloney, my inefficiency runneth over.

Surely the Government shall care for me, all the days of my life, and I shall dwell in a fools paradise forever.

Posted by DEWEY FROM DETROIT at 10:45 AM