The Rhode Island School of Disinclined 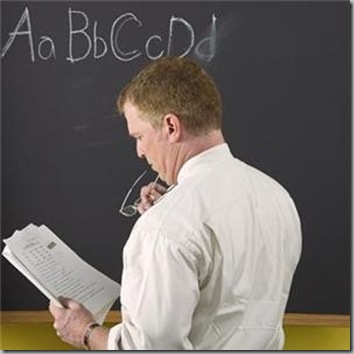 Tax-paid teachers: Are we getting our money’s worth?

Blogprof reports on one failing school system in Rhode Island whose superintendent has it together. Finally, someone  really did do something for the kids. Central Falls School Superintendent Frances Gallo pulled a Ronald Reagan and fired all of the unionized teachers in a high school performing so far below par that 50% of the students are failing all of their classes and the graduation rate is under 50%. Good by Detroit standards, but most likely not anywhere else.

The teachers, most of whom make between $75-78k compared to the average $22k median income of Central Falls, were asked to adopt a plan to improve the school’s shoddy performance, but the union rejected Superintendent Gallo’s plan. The onerous terms that they declined were:

…adding 25 minutes to the school day, providing tutoring on a rotating schedule before and after school, eating lunch with students once a week, submitting to more rigorous evaluations, attending weekly after-school planning sessions with other teachers and participating in two weeks of training in the summer.

Those are not some of the terms, those are the complete terms of a plan that Gallo said was crucial to improving the school, but the teachers were not used to giving something for nothing.

Under threat of losing their jobs if they didn’t go along with extra work for not a lot of extra pay, the Central Falls Teachers’ Union refused Friday morning to accept a reform plan for one of the worst-performing high schools in the state.

The superintendent didn’t blink either.

After learning of the union’s position, School Supt. Frances Gallo notified the state that she was switching to an alternative she was hoping to avoid: firing the entire staff at Central Falls High School. In total, about 100 teachers, administrators and assistants will lose their jobs.

$75k in an area where the median income is $22k. Who’s looking imperious now? Does anyone really think the “little people” working for the government need a union to protect them? From whom? The State? The taxpayers?

Well, maybe if it could protect them from stupidity. But that’s obviously not the case.

Posted by DEWEY FROM DETROIT at 7:20 PM