Hey, At Least We’re Not Cleveland!

Best news of the week: Forbes has announcement that Detroit is NOT the Worst City Ever (that would be Cleveland, who up till now was running a promotional campaign with the tag line “Hey, at least we’re not Detroit!). Detroit came in forth on this year’s list, just barely edging out Flint. This unexpected rating has raised hopes that Detroit can reclaim the title “Motor City”: 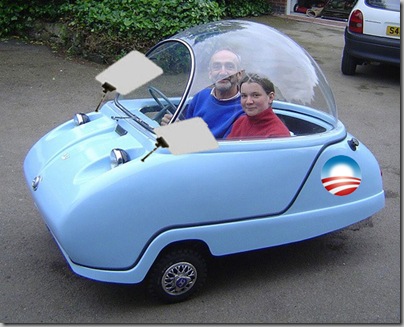 This car runs on hot air and broken promises. It has three wheels that speed the vehicle through tight left turns. It comes complete with two TelePrompters programmed to help the occupants talk their way out of any violations. The transparent canopy reveals the plastic smiles still on the faces of all the "happy" owners.

From OhMyGov! via Weasel Zippers

Posted by DEWEY FROM DETROIT at 11:35 AM