Deniers Are The New Nazi Appeasers – Is That An Upgrade Senator Sanders? 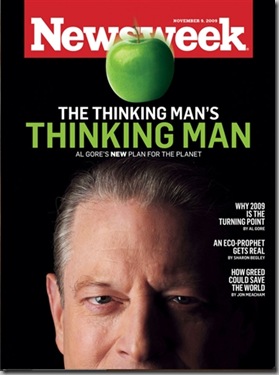 This is what passes for thinking in the MSM

As Paul Chesser wrote today in the Washington Times, the world is growing squeamish about global warming. He indicates that if journalists had done their job and closely examined the clap trap included in the UN’s Intergovernmental Panel on Climate Change (IPCC) instead of leading its cheerleading section they might have discovered quite readily that “… beneath the IPCC surface is an error-laden swamp of green groups' promotional materials and amateur compositions by college students instead of the "peer-reviewed research alarmists had claimed.”  Healthy skepticism always requires you to follow the money, regardless of which side you’re on.

The IPCC doesn’t do science.  They do advocacy, mainly for the idea of international control of energy and manufacturing, with a healthy dose of redistribution of wealth.  These revelations should put an end to any reliance on IPCC work for American policy, and the UN should be pressured to fire everyone involved in this sham, starting with railroad engineer Rajendra Pachauri.

On the heels of  the IPCC  Himalayan glaciers claim being revealed as speculation that wasn’t even copied correctly, we had two more embarrassing global warming “science mistakes.” First was the hysterical claim that global warming would kill off 40% of the world’s rainforests which was “exposed as an unsubstantiated claim from the World Wildlife Fund, postulated by two activists, neither of whom were climate scientists,”

And then, scientists Mark Siddall , Peter Clark and Thomas Stocker were forced to withdraw their claims about rising sea levels due to, yes, more bad data. “We no longer have confidence in our projections for the twentieth and twenty-first centuries, and for this reason the authors retract the results pertaining to sea-level rise after 1900.”  That’s about as complete as a retraction can be. Algore was not available for comment.

To the dismay of true global warming believers, it appears that the “science” remains far from settled after all. New investigation of previously reported climate science research has been reported in the Telegraph  in the last couple of weeks. They’ve examined the basis for the IPCC’s claims on AGW and discovered – surprise – much of it was based on highly suspect data .

Boldings in the following citations are mine, in each case identifying non-peer reviewed sources, many with vested interests in the outcomes of the debate, others based on student dissertations – masters, not even doctoral dissertations! These demonstrate some pretty low standards on which to base decisions that will divert a substantial portion of the world’s wealth to non-productive means: (again, Telegraph, via Hot Air)

The Intergovernmental Panel on Climate Change’s (IPCC) report is supposed to be the world’s most authoritative scientific account of the scale of global warming.

But this paper has discovered a series of new flaws in it including:

More claims which were based on reports produced by environmental pressure groups.

It can also be revealed that claims made by the IPCC about the effects of global warming, and suggestions about ways it could be avoided, were partly based on information from ten dissertations by Masters students.

The IPCC also made use of a report by US conservation group Defenders of Wildlife to state that salmon in US streams have been affected by rising temperatures. The panel has already come under fire for using information in reports by conservation charity the WWF.

Estimates of carbon-dioxide emissions from nuclear power stations and claims that suggested they were cheaper than coal or gas power stations were also taken from the website of the World Nuclear Association, rather than using independent scientific calculations.

Still, Senator Bernie Sanders wants us to go “full-Gore” (can I trade mark that?) ahead with nihilistic measures to stop an unproved enemy of civilization; asserting that Climategate and all subsequent revelations of non-scientific methodology are merely “trivial mistakes” and that the complexity of global warming is beyond the grasp of us mere lay morons. He pegs those of us who haven’t bought into the fraudulent nature of the global warming scam as  “Nazi appeasers.” I guess that’s one step up from “deniers,”  but only because it implies stupidity alone, rather than stupidity combined with  Nazi loving, Jew-hating genocidal murderer. So thanks for the upgrade, Bernie.

And as an aside, for those who believe that content net neutrality exists, try Googling “global warming denier.”  No selective content there.

Update re. Google, 2-26-10: Search algorithms do matter. So does human intervention

Posted by DEWEY FROM DETROIT at 1:33 PM