Who Are You Going To Believe…Me Or Your Lyin’ Eyes? 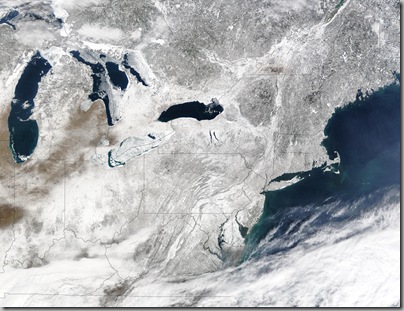 Yes, it’s true. “Scientists” have just announced that January was the warmest ever on record, in the whole history of the world.

CLIMATE scientists yesterday stunned Britons suffering the coldest winter for 30 years by claiming last month was the ­hottest January the world has ever seen.

That claim is based on satellite data. I wonder how that works? Would satellite data be, do you suppose, more accurate or less accurate than non-existent weather stations in Siberia?  I don’t know either, but I’m going to guess less.

If you, too, are experiencing cognitive dissonance, here’s the cure from Soccer Dad: Cry havoc and let slip the fog of (agw) lore  (via American Digest):

In science there is a concept of falsifiablity. Though it isn't accepted by everyone, the concept introduced by Karl Popper is that an experiment cannot prove a theory, if there isn't some result that would prove the theory wrong. So if you claim that  anthropogenic global warming will cause BOTH an increase in fog AND a decrease in fog, (h/t Seraphic Secret) you aren't making a scientific claim. Since both contradictory results lead to the same conclusion, that conclusion isn't based on science, but faith.

The balance of the post excoriates Thomas Friedman’s imbecilic contention to the contrary:

Avoid the term "global warming." I prefer the term "global weirding," because that is what actually happens as global temperatures rise and the climate changes. The weather gets weird. The hots are expected to get hotter, the wets wetter, the dries drier and the most violent storms more numerous.

The fact that it has snowed like crazy in Washington -- while it has rained at the Winter Olympics in Canada, while Australia is having a record 13-year drought -- is right in line with what every major study on climate change predicts: The weather will get weird; some areas will get more precipitation than ever; others will become drier than ever.

That is weird, Tom. Not science, not even true; but definitely weird. SD calls on some other heavy hitters to assist him in his take down, to wit: Charles Krauthammer – 14 years ago!

We've been lectured incessantly on how prideful man is spewing tons of fossil-fuel carbon dioxide into the atmosphere, causing global warming. We've been told further that this desecration of nature will ultimately wipe out winter, turn Kansas to desert and put Long Island under water. Now comes the exact opposite climatic event -- a monster snowstorm -- and that, too, is caused by our sinning against Gaea? Yes, holds the newest variation in environmental scolding. Global warming is now the cause not just of warming but of all weather "extremes," i.e., calamities. How? Warming increases water evaporation, adding moisture and energy to the atmosphere, making for more rain and storms -- and, mirabile dictu, "more severe droughts" as well. Huh? Exact opposites again? Yes, writes the Times' William Stevens: "in cases where atmospheric circulation conspires" -- a deliciously revealing anthropomorphism -- "to keep rain away from a given area." So global warming has now become a theory of everything, or at least everything bad: rain, snow, heat, cold, storms, droughts. You name it, we caused it. When anything unpredictable and unwanted occurs -- particularly if it occurs near a media center like Washington or New York -- we can now blame it on global warming and, by extension, on us. Is there a primitive religion that can match this one for attributing natural calamity to the transgressions of man -- this time around, to man's sins against Mother Earth and her environmental priesthood?

He wraps it with Instapundit’s observation that he’ll start believing this crap when it’s proponents start acting like they believe it. As they say, read the whole thing. 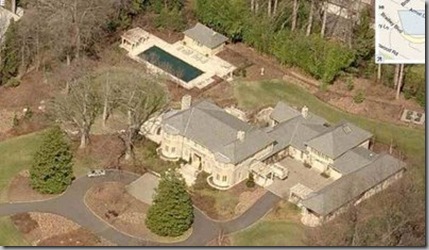 Posted by DEWEY FROM DETROIT at 11:36 AM