Yes, he really said it: “Whether we like it or not, we remain a dominant military superpower.” 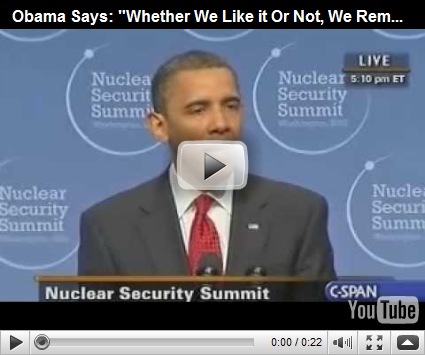 As is often the case with Obama when he goes off-prompter, not only does he lose his carefully crafted illusion of eloquence, but he lets an honest sentiment slips out.

I really wish my President wasn’t so conflicted about our National Defense strategy. As Daniel Henninger points out,  in matters of national security, confusion is always dangerous.

In my experience, confusion and “odd amalgams” of concepts are generally  indicative of not merely a deeply conflicted psyche, but a weak logical basis for your position(s). In short, the dude’s in over his head.

Either that or he’s a pacifist neo-socialist ideologue, bent on transforming America. Or both.