We shouldn’t be surprised. It started when Obama threw his sweet, white grandmother under the bus, trying to sidestep the  Reverend Wright controversy:

I can no more disown (Reverend Jeremiah Wright)him than I can disown my white grandmother, a woman who helped raise me, a woman who sacrificed again and again for me, a woman who loves me as much as she loves anything in this world, but a woman who once confessed her fear of black men who passed by her on the street, and who on more than one occasion has uttered racial or ethnic stereotypes that made me cringe. The point I was making was not that my grandmother harbors any racial animosity. She doesn't. But she is a typical white person, who, if she sees somebody on the street that she doesn't know there's a reaction that's been bred into our experiences that don't go away and that sometimes come out in the wrong way and that's just the nature of race in our society.

Only to wind up having to toss the Rev under the same bus a few weeks later anyway:

The person I saw yesterday was not the person that I met 20 years ago. His comments were not only divisive and destructive but I believe they ended up giving comfort to those who prey on hate.

Then there was Tony Rezko, Hillary Clinton, Rod Blagojevich – and many, many more. And that was just in 2008!

But when he actually became the Won, he began to throw the whole country under the bus. Beginning in Strasbourg when president Obama told Europe:

Instead of celebrating your dynamic union and seeking to partner with you to meet common challenges, there have been times where America has shown arrogance and been dismissive, even derisive.

In retrospect, it appears he was correct – about America being arrogant and derisive that is: assuming that President Obama is the official representative for America. Because he certainly has shown arrogance, been dismissive and even been derisive of a lot of us.  Let’s do a quick review of some of us he holds in contempt:

You go into some of these small towns in Pennsylvania, and like a lot of small towns in the Midwest, the jobs have been gone now for 25 years and nothing's replaced them. And they fell through the Clinton administration, and the Bush administration, and each successive administration has said that somehow these communities are gonna regenerate and they have not. So it's not surprising then that they get bitter, they cling to guns or religion or antipathy to people who aren't like them or anti-immigrant sentiment or anti-trade sentiment as a way to explain their frustrations.

- Our Cops,  for acting stupidly or something.

- Health Insurers, for being a greedy and cruel group that care nothing for every day Americans, only for profits.

“We can’t have a system that works better for the insurance companies than it does for the American people,”

- Wall Street, for everything except contributing gobs and gobs of money to his campaign coffers.

"Those of you who are watching certain news channels on which I'm not very popular, and you see folks waving tea bags around…”

- Citizens of Massachusetts, who were about to elect Republican candidate Scott Brown, “anyone can buy a truck.” Um, no actually they can’t Mr. President.

- Supreme Court Justices for acting stupidly by deciding a case that "reversed a century of law that I believe will open the floodgates for special interests -- including foreign corporations,” which is, uh,  simply not true,  Mr. President.

- John McCain: For losing or something. “I won. I’m the president.” The campaign’s over, you little gnat .

- Vegas, baby! Because you people are too stupid not to blow the rent money on blackjack.

- Citizens who are concerned about Obama’s run away deficit spending:

"So I've been amused in recent days by these people having rallies," ( laughter) "I think they should be saying thank you."

- The citizens of Arizona, for acting irresponsibly by passing a law to do what the federal government is mandated to do but won’t: protect our border. (BTW, Pat Buchanan has a don’t miss column where he asks “whose country is this?” If you adhere to the socialist theory of social justice, you would know full-well that it belongs to the underprivileged from third world countries that we have somehow oppressed and therefore now owe a livelihood.)

- And let’s not forget all the foreign leaders and/or heads of state he’s been dismissive, even derisive of - in America’s name (all allies, by the way):

But to be fair, I should also note the people/groups Mr. Obama has not treated dismissively or derisively. To wit, unions of all ilk: UAW, AFL-CIO, SEIU, and NEA. Foreign dictators and tyrants:  Hugo Chavez, Evo Morales, Mahmoud Ahmadinejad, the brothers Castro, and Kim Jong Il.

And again, I remind you: that was just in the first 16 months! 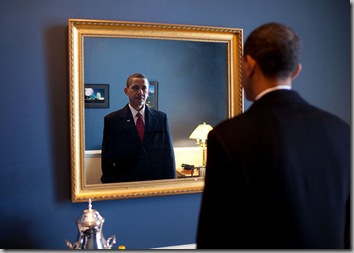 President Obama: he lies, he mocks, he taunts and he swaggers. Tell me again - what was it about George Bush that you liberals hated so much? Oh yeah, the swagger. 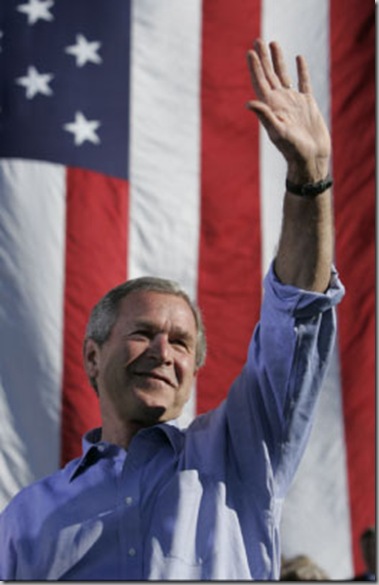 Posted by DEWEY FROM DETROIT at 3:06 PM