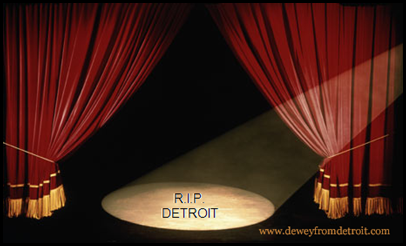 Your counter-productive government is at work round the clock. That’s never good. You may have read over the weekend that the EPA (out of control government bureaucracy) issued rules forcing automakers to increase their vehicles’ fuel economy by 40% in 5 years. (Known in the industry as CAFE standards: corporate average fuel efficiency)  In case you’re not a mechanical engineer, let’s just say a 40% increase is really pretty hard to achieve. Unless you subscribe to the theory of the US Automakers/Big Oil conspiracy to keep the 2000 mpg carburetor off the market, you probably know that if this could be achieved - with any kind of cost/benefit payoff - it would have already been done. But this Administration seems to believe that the auto industry has just been waiting for the messiah to come along to mandate miracles: you know, garden variety hope and changery? But wait: that’s not even the counterproductive part. As reported by NRO, the very next day the EPA (same out of control bureaucracy) came out in favor of an ethanol fuel mandate that would force autos to get up to 5% worse fuel economy. Why?

Follow us here. By the same date — 2015 — that the new 35.5 mpg EPA mandate is due to go into effect, oil companies are also mandated by Congress to double the amount of corn ethanol use (from 2007 levels) to 15 billion gallons. The current mandate of a 10 percent ethanol mix in fuel won’t get us there, so the powerful corn lobby is demanding EPA increase the mandate to a 15 percent ethanol mix.

Trouble is, a gallon of ethanol is 30 percent less efficient than a gallon of gas meaning that the more ethanol you mix in, the worse your gas mileage. Department of Energy studies show steadily decreasing fuel economy as ethanol blends rise from so-called E10 (fuel composed of 10 percent ethanol and 90 percent gas) up through E15 and E20 — with E20 suffering a 7.7 percent fuel efficiency loss.

We drive through the ethanol belt of Iowa and Nebraska several times a year, and can vouch for ethanol’s decreased mileage. To compensate, the fuel is cheaper than regular. But not because it’s cheaper to bring to market. Because it’s subsidized. By American taxpayers. And we’ll also note that there are some gas stations where only ethanol mixed gas is available. But then, they grow a lot of government subsidized corn in these states. You’re welcome.

We won’t even get into the effect that this subsidy has on the price of corn and corn based food products. The point is that when government runs out-of-control, which it always will if not reigned in, you create this type of contradictory policy making; although generally not within the same governmental department. Of course, others would argue that this seemingly “contradictory” policy is  actually consistent with the Obama prime directive: “ take it and spread it around.” It sounds, and smells, a lot like manure.

Stephen Chu, (you remember Dr. Chu don’t you? He, of the post-racial “paint it white” mantra?) Head of the Department of Energy and green weenie extraordinaire, apparently doesn’t give a damn about the impact of his agency’s policies on Detroit – or the American economy in general. That’s not his job.

So we have one policy mandating increased fuel efficiency that will require the  auto makers to once again design teeny fuel-efficient cars that consumers somehow never seem to want to buy, while we have another policy on the brink of decreasing the efficiency of the car’s fuel. As the NRO article reminds, I’m still not making this up.

Odder still, Barry and his Union buddies own GM and Chrysler now. Odd, because usually owners lobby the government to do things to make their companies more profitable, not less profitable. I think we’ve located the nexus where capitalism and socialism just can’t coexist peacefully.

Small Dead Animals, our Canadian friend from south of the border, eh?, also has a Road Kill Diaries post today on this called “Detroit: Not Dead Enough!” She advises us: “Don't think of it as hopeless regulatory roadkill. Think of it as a valuable template for Obamacare.” The last link, a Glenn Reynolds article, explains how Henry Waxman and his Congressional confederacy of dunces were blindsided by the Caterpillar, AT&T et al, write downs mandated by both Generally Accepted Accounting Principles and SEC regulations.

Obamacare was supposed to provide unicorns and rainbows: How can it possibly be hurting companies and killing jobs? Surely there's some sort of Republican conspiracy going on here!

More like a confederacy of dunces. Waxman and his colleagues in Congress can't possibly understand the health care market well enough to fix it. But what's more striking is that Waxman's outraged reaction revealed that they don't even understand their own area of responsibility - regulation -- well enough to predict the effect of changes in legislation.

In drafting the Obamacare bill they tried to time things for maximum political advantage, only to be tripped up by the complexities of the regulatory environment they had already created.

Hello? Sky to Chicken Little: “You ain’t seen nothin’ yet!”

Posted by DEWEY FROM DETROIT at 8:06 PM