Financial Reform: It’s In There

While the President was out wagging his finger at the Republicans again for not bringing the Financial Reform Bill that will save America to the Senate floor for debate, Harry Reid was busy bringing it to the floor for debate knowing full well he didn’t have the votes to do so. This of course allowed him to call Republicans  “un-American” and cast them as obstructionists and “friends of the fiends” on Wall Street. As with most theatre, it’s mostly acting. The ‘pubs are going to bring it to the floor. Probably tomorrow.

Behind the scenes both Dems and Repubs are trying to work out changes to financial rules that both sides can agree to, since no one wants to look like they’re soft on evil  Wall Street. (even though that’s not where the housing meltdown blame belongs, as amply documented by the BlogProf) They are hampered – although not as much as they should be – by the fact that precious few members of Congress grasp even the rudimentary concepts of financial regulation or, arguably, finance itself. That reduces the posturing and “debate” to a sort of kabuki dance in the garden of good and evil.

Add to the problem the fact that it appears the Senate reform bill as drafted will allow the Federal Reserve to continue to pump trillions of dollars into major banks, should the need arise –something they are currently prohibited from doing.

Another possible purpose for the FDIC's borrowing power is to enable the agency to provide what it calls "open bank assistance." Here, instead of liquidating a failed bank, the agency keeps it in operation by paying off its creditors and avoiding the disruption a bank closing might entail. This practice is a straightforward bailout of all creditors, and it has been criticized extensively by Congress over the years. Yet here it is, back again, in the guise of an innocuous power to make additional payments to some creditors, coupled with virtually unlimited authority to borrow from the Treasury.

And this lending would be cloaked largely in secrecy, as the Senate bill doesn’t contain the House language that specifically allows the GAO to audit the Fed (including its toxic assets) and report back to Congress. Why we don’t have this now is curious, and why the most transparent administration ever wouldn’t demand it in its own legislation is even more so. But apparently neither the Treasury, the Fed not the Wall Street banks want that provision included. That should immediately set off the shit-detectors. (Which were apparently working in top form yesterday at Levin’s hearings)

I'm convinced that there are never any accidents, oversights, or loopholes when it comes to drafting legislation. There are paid for holes and gratuitous holes. Never loop holes. Because if what Congress does is not intentional then what do we have? That would mean they do not even rise to the level of a Parliament of Whores.

Far be it from me to argue that it isn’t the later, but in this one particular case it appears the Senate drafters know exactly what they are doing: exactly what the major players want.

But that’s not even the biggest problem with the bill. As with Healthcare, the cost to taxpayers – say within a few trillion dollars or so – is hard to compute; even if they knew what they were doing, which clearly they do not. There’s this, for example:

Last week, the Congressional Budget Office reported on the costs of the Dodd bill. It reviewed the budgetary effects of the bill's $50 billion resolution fund for the large nonbank financial firms—insurance companies, securities firms, hedge funds, bank holding companies, finance companies and others—that are considered "systemically important" and thus too big to fail. These firms, among others, would be assessed for the $50 billion fund, which Mr. Obama apparently believes will not be a cost to the taxpayers.

But in a footnote the CBO reported that "such assessments would become an additional business expense for the companies required to pay them." This means the assessments will be tax deductible, and place additional costs on other U.S. taxpayers to make up the difference in government revenue. Thus, even on the face of it, taxpayers will not completely escape the tax costs that are associated with this fund.

Again, just like Healthcare, there are so many little personal trinkets buried in the Financial Reform Bill that we’ll just have to pass it to see exactly what is in there. Why is it that all of our legislation is starting to sound like Prego Spaghetti Sauce? 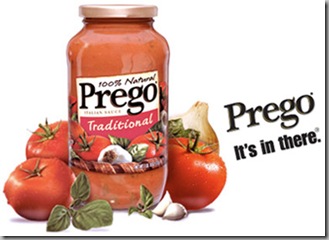 Legislation you can believe in. Umm, umm, umm.

Posted by DEWEY FROM DETROIT at 7:03 PM