As the latest entry in the “I’m shocked there’s gambling going on in this establishment” sweepstakes, there’s this from today’s  WSJ opinion piece: Constitutional law expert Floyd Abrams, former ACLU Executive Director,  Ira Glasser and Joel Gora seem surprised that the “... premier First Amendment organization in America (ACLU)...” has thrown the “1st” under the bus. The article, The ACLU Approves Limits on Speech begins:

If that headline has a certain man bites dog quality, it's because for almost 40 years the ACLU was the one major liberal organization that opposed campaign finance restrictions as violating the First Amendment.

Why this would come as a surprise to the boys is puzzling, as the ACLU has been marching down this agenda driven, partisan, politically correct path for years.

In her post “How The ACLU Lost Its Bearings,” former ACLU  board member Wendy Kaminer describes how the Executive Director of the ACLU, Anthony Romero, along with the board’s executive committee tried to silence her and fellow board member Michael Meyers for their own “speech crime” in 2005. Kaminer and Meyers had the audacity to publically criticize  “… the ACLU's reported use of data-mining practices to gather information on members and donors…”. That effort was dropped when the New York Times started sniffing around. 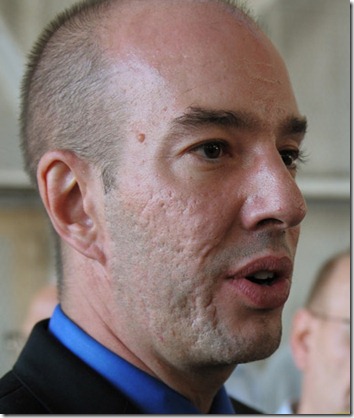 But Romero didn’t give up, as Kaminer describes in both her post and book “WORST INSTINCTS: COWARDICE, CONFORMITY, AND THE ACLU.” She traces a disturbing pattern of politically correct and partisan actions, hardly in keeping with the charter of the ACLU. It began with a board proposal that:

… included provisions that prohibited board members from criticizing the ACLU board or staff publicly and disparaged whistle-blowing (conduct the ACLU often applauds when it occurs in other institutions)… individual directors who had reason to believe that the board had acted unethically were said to have a fiduciary duty to conceal their concerns, not disclose them

Again, when exposed by the New York Times, the Board backed off. Other hypocritical incidents identified by Kaminer:

In July 2004, the board learned that Romero had quietly agreed to screen the organization's employees against terrorist "watch lists" — the same lists the ACLU has condemned — in order to qualify as an officially approved charity for federal employees. Strossen characterized Romero's action as "clever," but it was quickly rescinded after exposure in the Times.

A year later, in 2005, Romero was caught trying to impose very broad confidentiality agreements and technology rules on ACLU employees, similar to workplace rules that the ACLU officially opposes.

Kaminer also provided examples of the types of free speech the ACLU does continue to support:

In keeping with its perverse new notion of free speech, the ACLU leadership took aim at internal board critics, particularly Michael Meyers and me. We were derided as "egocentric assholes," "diva's," and even "psychotics." One board member, subsequently elected to the board’s executive committee, suggested that we "f*** off and die" and referenced me as a "f***ed out boozy bitch." ACLU leaders also obscured the facts, spreading misinformation among board members and supporters.

The ACLU’s apparent new Post-Normal interpretation of the First Amendment was also reflected in both its actions and failure to act outside its  own chambers.

When the U.S. State Department condemned publication of the notorious Muhammad cartoons in 2005, and newspapers in the U.S. declined to publish them, the ACLU was virtually silent. In fact, talking points issued by the press office addressing torture at Abu Ghraib while the cartoon controversy was raging recommended ducking questions about the cartoons, by exhorting the U.S. government to "take the Abu Ghraib images seriously." This was predictably defended as an effort to "stay on message." Three years later, in 2008, despite a new focus on international human rights, the ACLU declined to join a free speech coalition opposing a U.N. defamation of religion resolution that targeted criticism of Islam.

Kaminer concludes her post by warning “Civil libertarians accustomed to viewing the ACLU as the leading "eloquent advocate" for a free press and free speech should be prepared for more moments of silence.”

Tell me again, guys, why you were surprised to see the “1st” thrown under the APCLU’s (American Politically Correct Liberty Union) bus. In fact, it wasn’t thrown under. It was mowed down.

"The willingness to criticize your own based on principles you would apply to others is a measure of integrity. Kaminer's important book about her beloved ACLU has that integrity. She tells a startling, sad and exceptionally well-documented story." - Ira Glasser, former executive director, ACLU

Posted by DEWEY FROM DETROIT at 2:38 PM