No Representation without Taxation

Dr. Zero explores de Tocqueville’s observation on the chief flaw of democracy in some detail at Hot Air today.

Allowing net tax consumers to vote seems like an inherently dangerous practice, given their numbers – we’ve reached the point where 47% of American households pay no income tax – and their strong motivation to support politicians who promise endlessly increasing benefits.  When politicians loaded with vast public funds to purchase votes meet up with a population eager to sell its votes for benefits, a grim marketplace will inevitably develop.

I think it’s just another attempt to discredit ACORN. 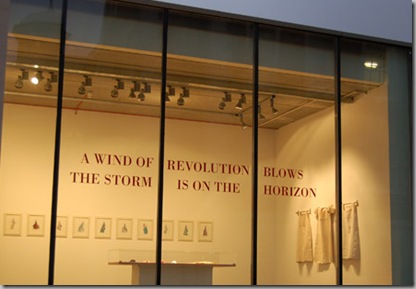 Hey, I know it’s un-American, but it gets my vote. As long as I’ve still got one.

Posted by DEWEY FROM DETROIT at 1:42 PM