Once Upon a Time in Utah

There is a well worn cliché of “music washing over you.” Good music, even very good music does wash over you. But great music moves through you, penetrating flesh and bone, leaving a trail of DNA that, if you’re lucky, fuses with your soul and makes you a better person whether you will it to or not. 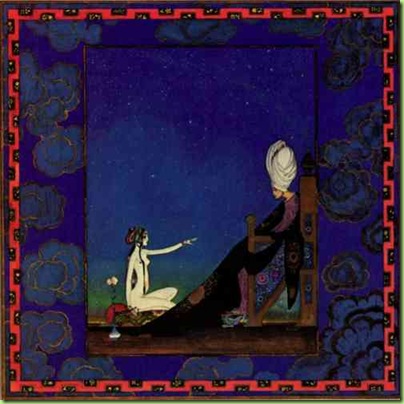 Scheherazade: Nikolai Rimsky-Korsakov’s symphony based on the collection of stories contained in 1001 Arabian Nights. The book of stories itself is premised on the tale of a Persian King who, having discovered his wife cheating on him, executed her and her lover by slicing them both in half – which was apparently a culturally acceptable punishment for adultery (21st century Muslims have made progress: now they just stone the woman). Convinced now that all women were evil, false and faithless he vowed revenge by taking a new wife each day only to kill them the morning after their nuptial night together. He proceeded with this apparently culturally acceptable plan until he chose and married the wily Scheherazade, who tricks him into letting her live by telling him wondrous stories every evening, but refusing to reveal the ending until the following night. So starved for entertainment was the Caliph that he allowed this evil woman to continue her deceitful scheme for 1001 nights, by which time she had plied her wily babe-like charms on the defenseless Persian King, bore him a son and made him fall in love with her. We presume they lived happily ever after.

We drove into Salt Lake from Park City last night to celebrate William Shakespeare’s birthday with a performance by the Utah Symphony. 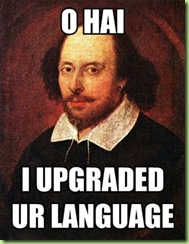 The original program included guest conductor Gary Walker and guest percussionist Colin Currie as soloist in Steven Mackey's "Time Release" concert as well as a performance of Rimsky-Korsakov's Scheherazade. Both guest performers were stranded on the other side of the Atlantic by airborne volcanic ash, and this turned out to be our good fortune.

The symphony found a replacement conductor in the person of Michael Stern, currently musical director of the Kansas City Symphony. Unable to find a replacement for Currie, the Mackey piece was scrapped for timely selections (given the bard’s birthday) from Prokofiev's ballet music for "Romeo and Juliet" and the "Symphonic Dances from West Side Story," Bernstein's musical based on the aforementioned love story. Stern (son of violin-virtuoso Isaac Stern) conducted the entire program from memory. Along with the always excellent Orchestra, he dazzled the audience. The second half of the evening was the originally scheduled performance of Rimsky-Korsakov's Scheherazade.

There’s a reason this piece is a perennial favorite. It’s what academics  might call “accessible.” Which means there’s no need to ask questions in order to enjoy it. It’s just beautiful and fun. And it moves through you, whether you will it to or not.

By the way, in case you’ve never been to Salt Lake City (and most people haven’t) Abravanel Hall is said to be acoustically perfect.

and it houses a large Dale Chihuly sculptural tower commissioned for the 2002 Olympics.

It’s right across the street from Tabernacle Square 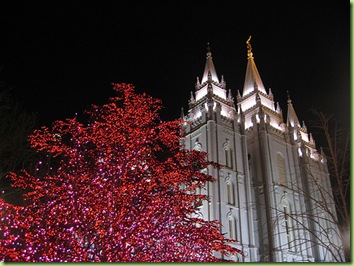 and the entire city is nestled into the Salt Lake Valley in the Rocky Mountains. 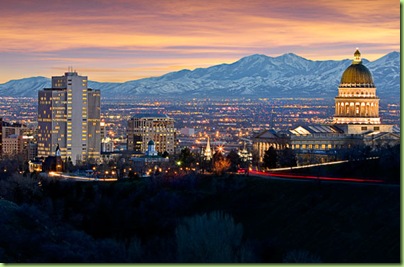 and might be a bit larger than you’d think. And don’t forget: it’s on the list of cities under consideration for the Republican National Convention in 2012. 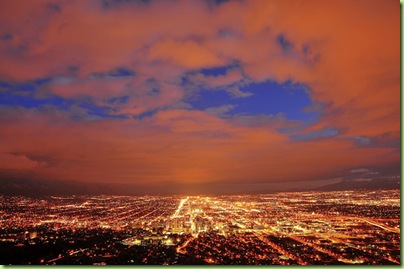 It has it’s charms,

as does nearby Park City, 30 miles straight up the mountain. 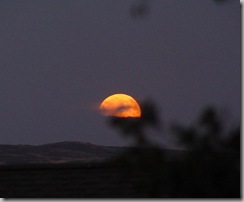 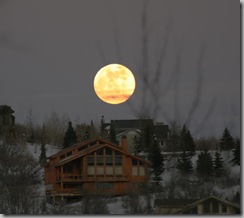 Posted by DEWEY FROM DETROIT at 3:48 PM