This Was a Real Howler 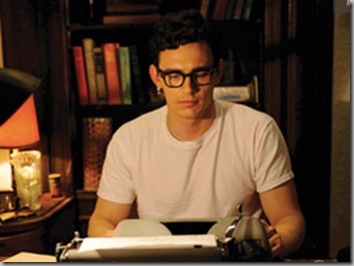 Sundance’s opening movie, as is customary, was a real stinker. I’ve never been able to figure out if this is intentional in order to lower the expectations for all the other stinkers, or if these “filmmakers”  really are clueless. In memory, the only opener that was actually worth watching was 2008’s In Bruges.

But on to the review: Howl. You might think from the title that it’s a horror movie. Not technically, although it is horrible.

Howl was promoted by writer/directors Rob Epstein and Jeffrey Friedman as a biopic of Allen Ginsberg’s unconventional life and poem. In reality it’s an unwatchable patchwork of disparate approaches to what might have been an interesting treatment of the 1957 public indecency trial of  Lawrence Ferlinghetti, who publishing Ginsberg’s Howl in book form. Howl, of course, was Ginsberg’s  groundbreaking self-absorbed epic of his life and times  with his beat degenerates. It’s a paean to homoerotic love, nihilistic drug use and hedonism. While Ginsberg was normally a harsh critic of materialism, in this case hedonism is glorified, because it is for art, not commercialism.

The story constructed by the filmmakers consists of four parts that exist in near total isolation from each other (unintentional, in case you wondered). First there are the dramatized courtroom scenes (in which a prude of a prosecutor, played by David Straithairn, loses to suave, sophisticated defense attorney Jon Hamm. Hope I didn’t spoil the movie for you.) Secondly, there are fanciful recreated interviews and readings with Ginsberg (played by James Franco). Third, archival footage of Ginsberg reading his own poems, which is as compelling as it sounds. And, finally, an animated attempt at visualizing the emotions invoked by the iconic poem: always a dicey proposition -  self-immolating when turned over to CGI-enabled 12 year olds boys. Think Yellow Submarine without the music: amateur cartoons replete with multiple depictions of male sexual organs. All allusion to sophistication ends with the courtroom scenes (and they are flat).

Since I always like to say something positive in my reviews, here it is: in competent hands this could have been an interesting movie about the First Amendment as it applies to art. As it is, it’s a stupid little movie about the man who put the “beat” in beatnik, took the “poet” out of poetry, while railing against the American provenance of materialism and conformity. This biopic certainly eschews conformity in its construction of story telling and I’m fairly certain it won’t have to worry about anything as crass as material profits. 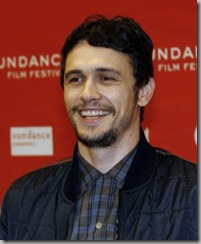 James Franco at the premier of “Howl” at the Eccles Center, Park City

Posted by DEWEY FROM DETROIT at 11:36 AM