Let Me Be Clear: This Is Unprecedented 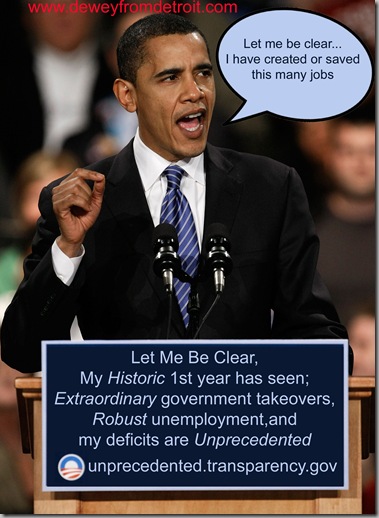 WaPo  finally gets a clue about Obama’s overblown rhetoric: apparently they’ve just discovered his verbal tic of making everything clear. But here’s the only “news” out of this : they don’t think he really means it ! You’re kidding.

When Obama is being "clear" these days, he is saying something quite different than when he was being clear in 2007 and 2008. His shifting use of the phrase traces the arc of Obama's time on the national stage, from campaign sensation to a president beset with challenges that rhetoric alone cannot overcome. In a presidency in which everything is murkier than Obama could have imagined, the "let me be clear" preface has become a signal that what follows will be anything but.

Posted by DEWEY FROM DETROIT at 12:45 PM