it isn’t going to be pretty.

“And they’re monochromatic right? … Every picture I see shows them to be. … Meaning they’re all white. All of them, every single one of them is white.”

Not that there’s anything wrong with that (I’ll bet some of Chris’ best friends are white). Oh wait. Yes there is. In liberal nirvana, “white” is the only uncherished form of diversity. Idiots.

Racist Andy Breitbart also attempts to (presciently) disprove MSNBC’s go-to guy. (Yes, the same Brietbart who brought you this racist montage aimed at making the President appear to be a liar about the Obamacare debate.) 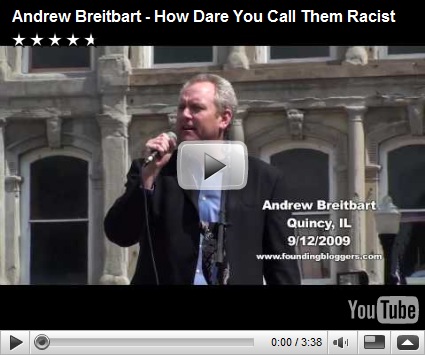 Where will it all end? Stay tuned for future election results.

Posted by DEWEY FROM DETROIT at 9:03 AM