Please Give: A Tale of Liberal Guilt 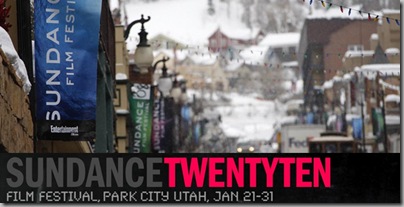 Every year the films selected for Sundance screening seem to have a favored theme, a sub-text if you will, that crops up in a multitude of the movies.  Aside from sex and drugs that is, which is a given because these films always wind up being about their creators in one way or another. Two years ago the sub-theme was suicide, which carried over into last year. Thankfully, they seem to be over that now, and are getting back to Sundance’s “roots”, as Bobby Redford said. I think that means creating more miserable little films about capitalist corruption and exposes of American imperialism.

But I think I’ve discovered a new sub-text this year, although I’m not exactly certain how to describe it. Let’s call it “trapped syndrome.” First I stumbled on Buried, a movie about, well, being buried alive - trapped underground. (bonus subtext: Americans should never have been in Iraq in the first place). Then there’s Frozen, a movie about 3 young men trapped on a ski lift. How much sustained drama would you think you can wring out of a set up like that? You’re wrong. Divide by 4 and you’re still off by a factor of 2. Yet filmmaker Adam Green managed to produce a full 90 minutes. Sundance is simply amazing. Next we have Into the Void. It’s lead character, Oscar,  is dead but trapped like an avatar hovering above (literally) its more earth bound creatures. It also has a lot of drugs and sex, but like I said, that’s a given. Then we have Douchebag, and this may be a bit of a stretch, but this is about a guy about to get married experiencing the need for one last “relationship freedom” before getting trapped in matrimony.( Not really a trap any more really, as a previous year’s sub-textural theme was “50 ways to leave your lover”). Premiering tonight is the anticipated Romantics, about a group of yuppie Yale grads trapped in Maine for a wedding. Sounds like a remake of The Big Chill. I just hope the music is as good.

In case you’re wondering,  all of the above movies stink, with the possible exception of The Romantics, which I haven’t seen yet.

In fact, the vast majority of all films screened at Sundance each year stink, including box office hits such as Sex, Lies and Videotape, Sideways, and last year’s feel good movie, Precious. Oh, and lest I forget: An Inconvenient Truth. It, too, won an Oscar.

There have been exceptions of course to the Sundance Stinker rule. Examples include Waking Ned Devine (delightful), The Last Indian (co-produced by our neighbor), The Matador (surprisingly good) and Little Miss Sunshine (almost touching in it’s  portrayal of  dysfunctionality.)  Perhaps not classics (with the exception of  The World’s Fastest Indian, which could be), but good movies that you won’t feel as though you’ve wasted your time watching.

I’ve discovered one so far this year that didn’t totally suck, which is high praise by Sundance standards in my book. Not altogether worthy of the above list of exceptions, but you won’t want to kill yourself after spending 90 minutes of your life watching it either:  Please Give, starring Catherine Keener (Kate), Amanda Peet (Mary), Oliver Platt (Alex), Rebecca Hall (Rebecca), Sarah Steele (Abby) and Ann Morgan Guilbert (Andra). It was originally called Feeling Guilty, which is a more apt title.

The story evolves around  Kate and Alex, a Manhattan couple who own an upscale vintage furniture store, and their teenaged, acne plagued daughter who thinks a pair of $200 jeans will make her world rock. They own the apartment next door where cantankerous 91 year old Andra lives alone, waiting to die. As it turns out, she isn’t alone. Kate and Alex are also waiting for her to kick off  so they can renovate and expand their own apartment.  Andra is dutifully cared for by her introverted granddaughter, Rebecca, a kind and patient mammogram technician, who visits daily to administer medicine and generally ensure that the perpetually displeased Andra’s needs are met. Rebecca’s sister, Mary, is her polar opposite: a bitch from hell who works in a spa. She blames Andra’s meanness for her mother’s suicide and, true or not, it serves as Mary’s  justification for her own hateful treatment of her grandmother. If you believe in karma, it wouldn’t be hard to imagine a much younger Andra very much like the self-involved Mary - before all of life’s disappointments settled in and left her bitter and perpetually disappointed.

Kate is the quintessential  victim of affluenza. She feels guilty about everything – buying the detritus of dead peoples estates for a fraction of what they’ll resell it for,  the homeless people on her block, having enough money to buy Andra’s apartment, secretly wishing the cranky old woman would die. Because she’s apparently clueless as to how commerce actually works, her husband’s pragmatic approach to their livelihood doesn’t register. She tries to do volunteer work to tamp down her guilt, but finds it, shall we say, too emotionally challenging. She’s not tough enough to actually do something to assuage her guilt. So she ups the ante on her daily handouts to the homeless people, from $1 initially, to $5 and finally $20. Like so many, she wishes to feel noble, but doesn’t wish to be inconvenienced too much, or made to feel too uncomfortable in the process. Giving money meets all these requirements.

I get the impression that the film’s writer/director, Nicole Holofcener is attempting to tell us that Kate might do more good by focusing on the needs of her own family: her unhappy daughter (because she ultimately buys her the $200 jeans) and her husband (because he strays off for a meaningless affair with the bitch). Others will say its the perpetual tale of haves and have-nots in New York. But I think it’s just a tale of a confused and conflicted woman who doesn’t have the where-with-all to straighten things out in her mind. And I would be willing to bet that, like her central character in the movie, Holofcener’s moral compass sends ambiguous directions.  Which is why the movie falls short. In the end, Kate hasn’t really grown much, although she has found a new coping mechanism: the renovation project when Andra finally dies. Yet, we can’t help but like this altogether too recognizable woman and her burden of guilt. She seems doomed to spend the rest of her life apologizing. All of the characters are recognizable, multi-dimensional and flawed. It’s the story that’s a little weak.

For some reason this generations film makers don’t wish to model admirable behavior for people to aspire too – that would be too preachy. They just want to reflect the angst, tedium and mediocrity of their world and their worldview. Generally they are successful. But Please Give does go one step beyond, and at least presents characters that you can care about. For that I give it a solid B+.  And this time I mean it.

Posted by DEWEY FROM DETROIT at 3:28 AM