UPDATE: Please note comment from Spencer Hayes, associated with the Cass Community Social Services. He explains the organization's work, beneficiaries and the gyms non-government funding sources. Perhaps a good model for non-government social services which is worthy of our support. But enough of the green-everything, OK?

I’ve only been away from Detroit for a few weeks, and look what those whacky, do-gooder Detroit Libs are up to: Green Gyms for the Homeless. Here’s the short version: Cass Community Social Services agency is going to open gyms for the homeless so they can come in and use the stationary bikes to generate electricity to power a couple of houses. Who on earth would have thought that Motown could top the moronic activities in Park City during the Sundance Festival?

For non-Detroiters, the Cass Community Social Services is located in the Cass Corridor, Detroit’s skid row. Can’t you just imagine it: stationary bikes set up with virtual racing games on their monitors. Of course to keep the homeless of Cass Corridor motivated, the simulated game will have them pedaling along behind a guy in the back of a van, enticing them to to spin faster in exchange for his wares: wine, crack, meth or heroin; whatever substance they choose to abuse.

Maybe it would be cheaper to just buy them all a Wii. 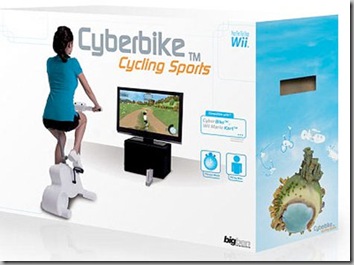 This is even better than midnight basketball.

Posted by DEWEY FROM DETROIT at 1:16 AM