Screams From His Father: The Audacity of a Dope

Kate at Small Dead Animals suggests that you read this Washington Post article on the disturbia years of young Umar Farouk Abdulmutallab. He chronicles his despair while suffering through years of privileged education.

Not that it’s particularly interesting or unique in the annals of angst ridden youth, but as Kate points out, when you’re finished reading the article, you’ll know more about the college years of the undi-bomber than you do about the college hopes and dreams of Barack Hussein Obama.

It’s a damn shame there were no internet chat rooms while Barry was attending Columbia and Harvard. Perhaps then we would have a glimpse into the young Won’s  formative years – beyond what Bill Ayers chose to tell us in Dreams of My Father. 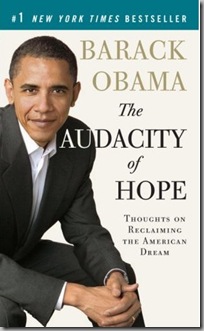 Posted by DEWEY FROM DETROIT at 11:14 AM