The Year of Living Unexpectedly

Motor City Times has reported on a $154 million  “unexpected” loss at Vestas – the world’s largest maker of wind turbines:

The unexpectedly poor financial results come amid recent warnings from the American Wind Energy Association (AWEA) that the previously buoyant US wind market was in precipitous decline and desperately needed positive new policies from the White House.

In case you’re a political neophyte, that means you are going to pay subsidies for  yet another money-losing proposition.

This is kind of important in Michigan, where our lame duck governor has declared the state a hot zone for green energy development. In fact, Jennifer Granholm has declared that Michigan’s future depends on it. That’s unexpectedly disturbing, given that the industry itself is not, without huge government subsidiaries, sustainable. So I hope we don’t give up entirely on the auto industry just yet. Although we do still have the plan for urban farming in Detroit  on the table too.

But the bad news from the windmill farm was just the tip of the iceberg when it comes to unexpectedly bad economic news lately. Also “unexpected:” higher new unemployment claims this week, at 500,000. Oh no!  But still, it’s a far cry from the 500 million jobs that Chairman Nancy threatened would be lost if  Congress didn’t pass the $900 billion stimulus last February. I guess that number must include all the undocumented workers in the country as well. Idiot. 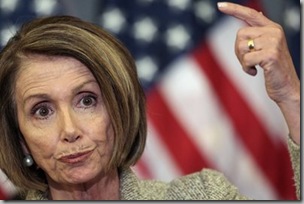 For the record: 48 out of 50 states have lost jobs since the Stimulus Bill passed. Good job, Nan.

Equally “unexpected:” employers expect health care costs to increase nearly 9% next year! How the heck did that happen?!!! Stupid non-partisan CBO. Well, don’t worry. Government costs will decrease. Unless, of course, they unexpectedly increase too. Unfortunately, that’s the way the indicators are trending – which is a surprise to many people in the government.

Did I mention that manufacturing indicators have declined? Unexpectedly. Now, in addition to spooking Wall Street,  we’re sucking the wind out of Europe too. I don’t imagine they expected that.

And the housing sector: well, housing starts were unexpectedly lower than forecast. And the Obama administration’s mortgage relief program intended to prevent 3 million foreclosures? Due to the unexpected continuation of Bush’s recession, it looks like 2.8 million of the targeted group will lose their homes after all. So far.

And here’s the strangest of the strangely unexpected economic trends: “worse than expected consumer confidence numbers.” Wow! Who could have seen that coming?

Thank goodness Labor Day is just around the corner. I don’t think we can take much more of this  summer of unexpected recovery. 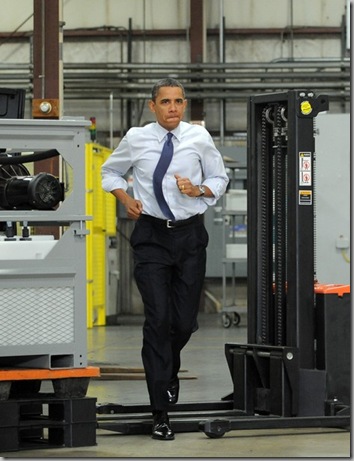 Perhaps this summer’s victory lap was as ill-advised as the “Mission Accomplished” sign.

Posted by DEWEY FROM DETROIT at 12:34 PM