A Short Compendium for a Hot August Afternoon 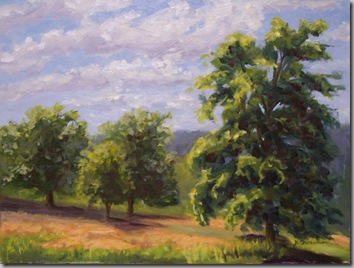 A short compendium of good reads from the wonderful world of blogs for your Sunday afternoon perusal:

Fausta’s story of the Crash-proof motorcycle. To be remembered when someone wants you to rely on a “fail-safe” system.

Something Wonderful from American Digest: the best ever resignation. Makes the idiot from Jet Blue look like an amateur. Ok, it was phony, but apparently so is Stephen Slater.

The EPA: dangerous at any speed. Another agency acting with impunity. From Steve at Motor City Times

Just for the optics: from Moonbattery, Shirley Jackson Lee, hard at work for the American People. You all remember Shirley of astronauts-on-Mars fame who, it it were up to her, would just have the government take over the oil companies. For their own good of course.

Re. Ground Zero Mosque (GZM): This one could go on for ever, as Legal Insurrection hints, but here are just a few:

Charles Krauthammer on why this is Sacrilege at Ground Zero.

Nice Deb’s musings on Sarah Palin’s reminder to the Won that this is not above his pay grade.

Barry Rubin’s Why today’s world must understand the crimes of communism in order to survive.

And of course there was MOTUS’ birds-eye view.

And from there we go to Socialists in our Midst:

From DougM at SondraK: great anime plus a link to the Gateway Pundit for the complete list of Congressional members who are also members of the Democratic Socialists of America. And as Doug points out: these “ are just the congressional jackasses who admit to being socialists.”

Of note to Michiganians: Carolyn Cheeks Kilpatrick (history) and John Conyers are members. Of special note, Conyers is also on the Judiciary committee. Can you spell “dangerous”? How about “November”?

Posted by DEWEY FROM DETROIT at 12:08 PM