Why the Peaceful Majority is Irrelevant

A friend sent this today. It’s an email making it’s way around, and is frequently accredited to a German by the name of Dr. Emanuel Taney. And while there is an Emanuel Taney who is a holocaust survivor,  investigation seems to indicate that this piece was written by Paul Marek as an op-ed titled Why the Peaceful Majority is Irrelevant in 2007. It’s still true, and only grows more relevant as additional time passes.  Worse than doing nothing, we are now bending over backwards to accommodate the “religion” that set the new world of terror in motion. We bow, now, not only to the demands of Islamists who chastise us, but also to the demands of the willfully blind, politically correct fanatics who just want us all to go along to get along.

Here is Mr. Marek’s original editorial. A simple, straight forward history lesson. Pass it on, maybe some of our fellow countrymen will wake up. Before Islam owns us, before we discover we have lost control and the end of our world has begun. 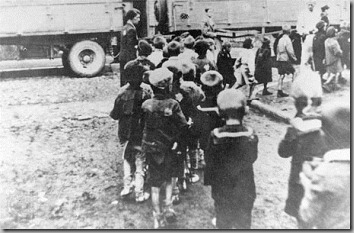 I used to know a man whose family were German aristocracy prior to World War II. They owned a number of large industries and estates. I asked him how many German people were true Nazis, and the answer he gave has stuck with me and guided my attitude toward fanaticism ever since.

“Very few people were true Nazis,” he said, “but many enjoyed the return of German pride, and many more were too busy to care. I was one of those who just thought the Nazis were a bunch of fools. So, the majority just sat back and let it all happen. Then, before we knew it, they owned us, and we had lost control, and the end of the world had come. My family lost everything. I ended up in a concentration camp and the Allies destroyed my factories.”

We are told again and again by experts and talking heads that Islam is the religion of peace, and that the vast majority of Muslims just want to live in peace. Although this unquantified assertion may be true, it is entirely irrelevant. It is meaningless fluff, meant to make us feel better, and meant to somehow diminish the specter of fanatics rampaging across the globe in the name of Islam.

Communist Russia was comprised of Russians who just wanted to live in peace, yet the Russian Communists were responsible for the murder of about 20 million people. The peaceful majority were irrelevant. China’s huge population was peaceful as well, but Chinese Communists managed to kill a staggering 70 million people. The average Japanese individual prior to World War II was not a war-mongering sadist. Yet, Japan murdered and slaughtered its way across Southeast Asia in an orgy of killing that included the systematic murder of 12 million Chinese civilians - most killed by sword, shovel and bayonet. And who can forget Rwanda, which collapsed into butchery? Could it not be said that the majority of Rwandans were “peace loving”?

Peace-loving Germans, Japanese, Chinese, Russians, Rwandans, Bosnians, Afghanis, Iraqis, Palestinians, Somalis, Nigerians, Algerians and many others, have died because the peaceful majority did not speak up until it was too late. As for us, watching it all unfold, we must pay attention to the only group that counts: the fanatics who threaten our way of life. 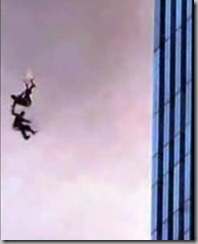 Atrocities are often committed by “fanatics.” Wake up people. It took but 19 “fanatics” to permanently change the world. No, Islam is not a religion of peace. It’s not even really a religion. It’s a fanatical political system comprised of religious, legal, political, economic and military components. The religious component is the mask behind which all the other components hide.

Our constitution does not protect political systems that are antithetical to our democratic republic. Got that? We are on a path of national suicide and the usual useful idiots are caught up in their own stupid, post-modern, rhetorical fallacies.

For the last time, can we all please heed Mr. Burke’s admonition: “All that is necessary for the triumph of evil is for good men to do nothing.”

Posted by DEWEY FROM DETROIT at 5:54 PM