Barbarians at the Gate

The price of freedom is eternal vigilance… 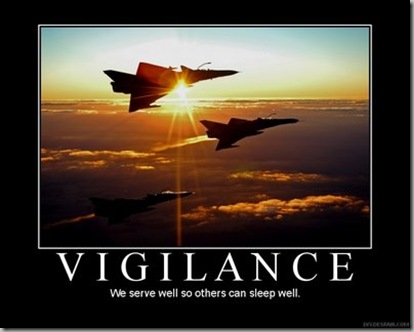 Here is a most critical point that the West must get through it’s head if it does not wish to go the way of the Roman Empire: “Islamism is not a movement to be engaged, it is an enemy to be defeated.”

Andrew McCarthy, whose National Review on Line analysis recaps key points from Newt Gingrich’s speech to the American Enterprise Institute last week, drives this point home. I don’t care if Newt is not your favorite purveyor of conservative values, nor that he is himself sometimes equivocal and perhaps even hypocritical on occasion. He is an intelligent scholar of history and his speech is an important  clarion call to the danger our freedom faces from an enemy that masquerades as a religion. He emphatically demonstrates that Islam is not just a religion, but - under the shield of sharia - it is a political movement opposed to everything inherent in Western civilization. Some salient excerpts from McCarthy’s piece:

“for Islam is not merely a religious doctrine, but a comprehensive socio-economic and political system”

Indeed, its foundational premise is anti-American, holding that we are not free people at liberty to govern ourselves irrespective of any theocratic code, that people are instead beholden to the Islamic state, which is divinely enjoined to impose Allah’s laws.

It makes no sense to dismiss our enemies as lunatics just because “secular socialist” elites, as Gingrich called them, cannot imagine a fervor that stems from religious devotion. We ought to respect our enemies, he said. Not “respect” in Obama-speak, which translates as “appease,” but in the sense of taking them seriously, understanding that they are absolutely determined to win, and realizing that they are implacable.

And in a handoff to Roger Kimball at the Daily Caller,  the ball is advanced a few more yards:

No, it’s Islam’s fundamental, essential  incompatibility with foundational Western values like free speech, the separation of church and state, and equality under the law. Such things are not simply missing from Islam: they are positively repudiated by Islam, a fact that is ingredient in the very word “Islam,” which, pace the multiculturalists, means not “peace” but “submission,” i.e., submission to the will of Allah.

Sharia, moreover, is anti-equality. It subjugates women and brutally punishes transgressors, particularly homosexuals and apostates. While our law forbids cruel and unusual punishments, Gingrich observed that the brutality in sharia sanctions is not gratuitous, but intentional: It is meant to enforce Allah’s will by striking example.”

He sumarizes simply by saying Andy McCarthy and Newt are right:

“The war is about the survival of Western civilization, and we should make no apologies for the fact that the West’s freedom culture is a Judeo-Christian culture — a fact that was unabashedly acknowledged, Gingrich reminded his audience, by FDR and Churchill. To ensure victory in the United States we must, once again, save Europe, where the enemy has advanced markedly.  . . .

Our allies are the Muslims who embrace our freedom culture — those for whom sharia is a matter of private belief, not public mission. Our enemies are those who want sharia to supplant American law and Western culture. When we call out the latter, and marginalize them, we may finally energize the former.”

We are battling formidable enemies that wish to transform our lives and our culture to reflect their own visions for humanity: both from within our own government and from the Islamic world view. I’m not aware of a time when a nation was called upon to fight such a two headed monster of tyranny. Both can be defeated, but only if we maintain our vigilance and our will to resist; each and every encroachment.

Important stuff if you have children, grandchildren or ever hope to. Or if you just can’t bear to be even minutely responsible for creating a future without freedom. Read it, know it and pass it on to everyone you know.

Posted by DEWEY FROM DETROIT at 3:35 PM