Solid Reasons to Join My “No Incumbents” Club: With Notable Exceptions.

A comment on my “Smart Nerd vs Loud Pol” post reminded me of something I heard on Frank Beckman’s (excellent) WJR morning radio show the day after the Michigan primary, when he was interviewing the winner of the Democratic primary. But I’ll get to that in a bit.

“Only one problem: government is not, never has been, and never will be a business. In fact, it is not supposed to be a "business". We have government for those things which business does not and cannot do. Protect the country, enforce the law, keep the water clean, prosecute crimes, etc.
Why a businessman would have an edge in running a distinctly non-business entity like the government is beyond me. The purposes, goals and capabilities are nothing even similar.”

In these days of crony capitalism, it would be nice if business and government were two completely distinct pursuits. In reality though, the private and public sector have more in common than you might think. And they can both benefit from basic business skills.

First, let me explain why I disagree with the hypothesis that “the purposes, goals and capabilities (of business and government) are nothing even similar.”  There are differences between private and public enterprises, chief among them the requirement for profit in the private sector. Because, after all, without these profits there would be precious little tax basis on which to fund the public sector. But generating profit in no way means that the skills required to do so are not equally beneficial in the public sector.  General business skill is general business skill. GM and Microsoft. are not similar businesses either. Yet regardless of whether you are an auto manufacturer or a computer software company certain general business functions must be executed in order to remain solvent: design and deliver products that people want or need at a price they’re willing to pay.

The U.S. Government ought not be any different: as long as taxpayers are receiving what they believe are valuable services they will continue to “buy” what Washington is selling.  It’s when they start charging for non-existent services (as occurred in the case of the original American Revolution), or services the people really don’t want (Obamacare) that the people rebel.

For not only is government a business, it’s the biggest business in the country. It has a Profit and Loss statement just like any other business entity. It charges money (taxes) for products and services which it delivers to end users (want them or not). It’s just not a for-profit enterprise, and a monopoly at that. One that’s currently running a deficit of trillions of dollars. That’s not a sustainable business model, I don’t care who you are.

When you don’t know how you’re going to pay your employees, cover your operating expenses and pay off your long-term debt, you’re headed for bankruptcy.  With any other enterprise, this would entail a huge shakeup and belt tightening.

Any CEO will tell you that managing the enterprises’s financs is the singularly most important part of their job. You simply cannot commit to costs that you don’t have adequate funding/financing for. But the legislative and executive branches of government –state and federal – do it repeatedly. And worse, they kid themselves  and lie to us about having adequate funding, knowing that when the bill comes due it will be someone else’s problem. If you play games like that in business you get fired or prosecuted. In government you’re likely to get re-elected. Indefinitely. 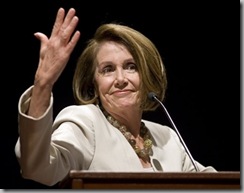 So, here are my reasons for wanting an elected official to have business experience before seeking to “serve” me – aside from the fact that I’m just plain tired of lying weasel career politicians :

1) Because the government is granted the right to take our money in the form of taxes to allocate as they see fit, it might be nice to have someone guiding the appropriation and redistribution who understands the basics of accounting, financing and fiduciary responsibility. Instead of career-pols whose primary concern once in office is to raise enough money to get re-elected.

Most politicians knowledge of “financing” goes no further than filling the coffers for their next run. Far too much of a politician’s attention is spent on “fund raisers:” events where  businesses that hold - or wish to hold - government contracts (aka Crony Capitalism) come to contribute large stashes of cash for the politician’s re-election bid. These events also attract lobbyists who expect to get face-time to advance their clients’ causes in exchange for their large contributions of cash (this is equally the purview of  “non-profit” special interest group lobbyists, such as every union in the country and “industry” lobbyists, a sub-set of crony-capitalism.) Ordinary citizens’ votes are bought sought with various community based pork projects funded with someone else’s money.

2) Because government can and does declare war, it would be reassuring if those required to authorize such action had demonstrable skills in setting and clarifying objectives,  real world strategy, (vs. white board navel gazing) implementation/execution protocol and contingency planning. Not because those things are their direct responsibility, but so they will be able to recognize a flawed strategy, an unattainable objective, a weak implementation when it’s presented, and demand better. Many of our politicians have no experience in these critical skill levels beyond getting elected (Obama’s claim to fame) or re-elected.

3) Because the government writes the laws we are required to fund (via endless regulatory bodies) and live by, it might be nice if elected officials understood that they are minimally accountable for reading the bills they vote on. The law of unintended consequences is not sitting well with the angry mob.  CEOs are responsible to their board and shareholders for decisions they make and actions they take. If they do so unwisely, without understanding the import of what they are authorizing, they are subject to termination and/or a jail term. (see “fiduciary responsibility” above). But apparently most pols are too busy to actually read the legislation they vote on. Instead, they just follow the directive of their party leader, in hopes of getting enough money from the Party to get re-elected. I would remind sitting politicians  that the Nuremburg defense hasn’t worked out very well for anyone who’s used it thus far.

And the fact that government has ventured far,  far beyond what “only government can do.” (e.g. Legislation on everything from water per flush  to the kind of light bulb I can buy to what kind of healthcare I can have.) Many of the things they “do” for us they wouldn’t have to “do” in the first place if they were limited to what the original framers intended.  And don’t get me started on imminent domain. Do not.

Then we have one of the primary responsibilities of government: “protect the country” which includes protecting citizens from foreign invasion across our border. This, the politicians claim, they can’t do. So instead of doing what they are responsible for, they chose to do something they are not responsible for: something we most assuredly don’t need them to do – healthcare. Which I can assure you they likewise won’t be able to do.

But let’s put those reasons aside and focus on the candidates for Governor in Michigan. Both men agree that business experience is critical to Michigan’s future. I think they’re right.

Both candidates claim to have “business experience.” Republican candidate Rick Snyder is an entrepreneur, venture capitalist and former President and COO of Gateway computers. Democrat candidate Virg Bernero is “… a  seasoned veteran of Michigan's political scene, having served previously as a county commissioner and as a state representative and senator in the Michigan Legislature. He also served as the executive director of a statewide non-profit association…”

Rick Snyder has created businesses, created jobs and knows what Michigan needs to do to attract private sector business. Check, check and check.

Virg Bernero has, well, gotten elected. So, he's got that going for him. Listen to CNN’s “Angriest Mayor in America” tell WJR’s Frank Beckman  about his business experience, and how he’s business friendly. You will note that he has memorized and can reel off all of his campaign’s rhetoric without barely taking a breath: demonstrating years of experience running effectively for office:

He doesn’t, however, know what a Profit & Loss statement is. But he’s here to help “working men and women,”  defined by Virg as “union members” (the “working poor” must be non-union members)  Virg takes credit for decreasing the deficit in Lansing while the majority of cities in the state teeter on the verge of bankruptcy. He fails to mention that Lansing has done better than most because it is the seat of state government and the home  of Michigan State University. It has more highly paid state employees than any other city in the state. So, he’s got that going for him too.

Yep, I’m going with the real businessman in the Michigan race, with certain equivocations noted in the original post. Career politicians learn nothing as well as how to work the system to get what they and, by extension, their contributors, want. For Virg, that appears to be moving up the ladder to the governor’s office. And he brings the full support of all the state’s labor unions with him: from the UAW to MEA.

Elected Public Official: you’ve got to love the power and the perks. Yet 98% (my estimate) of elected officials of both parties have proven themselves unfit to serve. Let’s start over. Preferably with people who have a grounding in reality instead of wishful thinking, a knowledge of our country’s Constitutional roots (which include a healthy disdain for and wariness of government’s inevitable bias to do harm) and a genuine respect for principles on which this republic was founded.

And with that, I endorse Rick Snyder for governor of the 2nd worst run state in the union. It would hold the number one position, but for its size. That honor goes to California. They’re working on a green economy too.

PS. Exempted from the “no incumbents" rule are Thaddeus McCotter and Mike Rodgers, due to a solid grasp of all of the above points.

Posted by DEWEY FROM DETROIT at 11:50 AM