Another Reason to Love our American Legionnaires 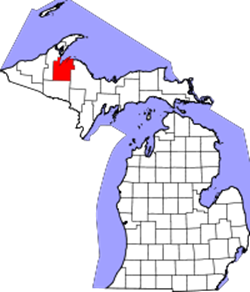 American Legion post 444 in Baraga Michigan (that’s in the U.P., eh?) has decided that things have gone too far, and they’ve taken matters into their own hands. As real Americans have done for generations. God love them. Reported by Upper Michigan’s Source:

Since 80 percent of Michigan's population does not smoke, many were thrilled with the passing of the state's smoke-free act in May.  The law bans smoking at restaurants and bars.

"Smoking is a legal activity," said Legion member Joseph O'Leary.  "Like it or not, tobacco is not heroin.  It is allowed as a legal activity and to prohibit it on private property, we think it's unconstitutional."

So what are they doing about it?  Well, they're ignoring it.  Members were lighting up at the post earlier today.  After years of battling for freedom, these veterans intend to continue doing just that.

"They're taking too many rights away nowadays, and the more they take away, the more they get away with it," said Legion member Paul Adams.

The local health department is incensed, since they “ think this law is clearly appropriate, and it's got positive aspects for everyone." So they’ve ordered the post to stop serving food and beverages. The post has ignored that too.

The Legion …  continue(s) to provide full service and plan(s) to take legal action.  But the health department is determined to put cigarettes out for good.  They've referred the issue to the state attorney general.

Baraga County is located on the Keweenaw Peninsula along the rugged shore of Lake Superior, and the hearty souls who live there are pretty rugged too. 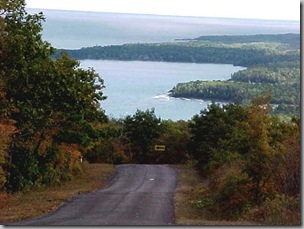 The villages of Baraga and L’Anse are pretty much it, and the entire county has fewer than 9000 residents. It’s unemployment rate is close to 25%, and it is in the part of the state currently represented by lame-duck weenie Bart Stupak.  But listen up America: the Legionnaires have something to tell you: 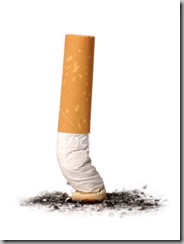 They’re tired of losing the liberty that they fought and sacrificed so much for. And they don’t give a damn whether you think smoking is a good idea or not. And I’m certain they don’t care that Michelle Obama thinks we should all eat more organic vegetables, cut back on the salt and skip dessert.

And one last thing: they don’t appreciate having Legionnaires disease named after them either.

Posted by DEWEY FROM DETROIT at 1:31 PM