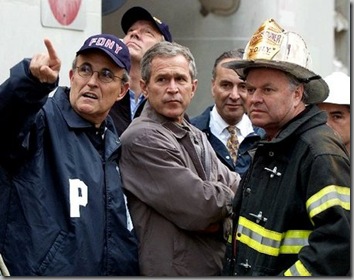 Maureen Dowd is so beside herself with loathing of Obama’s equivocation over the Hamas-que at Ground zero that she’s invoking George W. Bush to give the Won a hand (emphasis added):

George W. Bush understood this. And it is odd to see Barack Obama less clear about this matter than his predecessor. It’s time for W. to weigh in.

This — along with immigration reform and AIDS in Africa — was one of his points of light. As the man who twice went to war in the Muslim world, he has something of an obligation to add his anti-Islamophobia to this mosque madness. W. needs to get his bullhorn back out.

… Obama presents himself as a paragon of high principle. So when he flops around on things like “don’t ask, don’t tell” or shrinks back from one of his deepest beliefs about the freedom of religion anywhere and everywhere in America, it’s not pretty.

Let me be perfectly clear, Mr. Perfectly Unclear President: You cannot take such a stand on a matter of first principle and then take it back the next morning.

Here’s the problem MoDo, he never really presented himself as a paragon of high principle and moral value. He presented himself as an empty vessel for you and your ilk to fill with your hopes and dreams. You never so much as peered curiously over the edge, into the crock, to behold it’s vacuous depth.

Here, then, is my most sincere advice for Maureen and others. When you select future candidates to cleave to, follow Martin Luther King’s advice: try to judge a man on the content of his character, not the color of his skin. 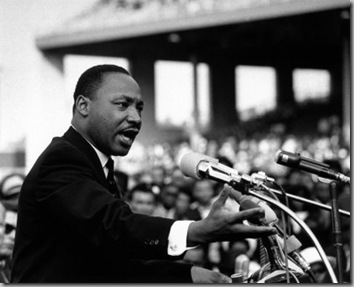 “I have a dream that my four little children will one day live in a nation where they will not be judged by the color of their skin but by the content of their character.” 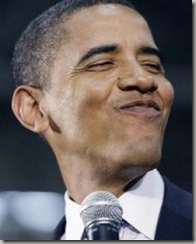 Posted by DEWEY FROM DETROIT at 4:19 PM