Dear 43, How About Grabbing a Mop?

I’m sure Maureen Dowd speaks for many others in the supportive media when she explained that the Mosque kerfuffle is all George Bush’s fault. She thinks he owes it to her, and Obama, to grab a mop and clean up his mess:

As the man who twice went to war in the Muslim world, he has something of an obligation to add his anti-Islamophobia to this mosque madness. W. needs to get his bullhorn back out.

Since President Obama and his entire staff left on vacation today, I decided to help out. I’ve drafted a letter that President Obama can send to Forty-three. All 43 will have to do is sign and return the original and he will be designated Commander-in-Chief of the mop brigade. I think it will bring us much closer to the heeling healing process that President Obama envisions.

See what you think: 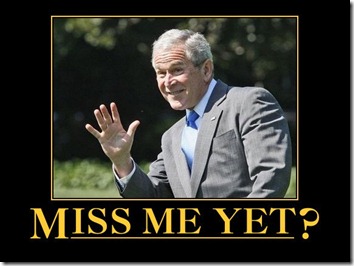 Posted by DEWEY FROM DETROIT at 4:55 PM