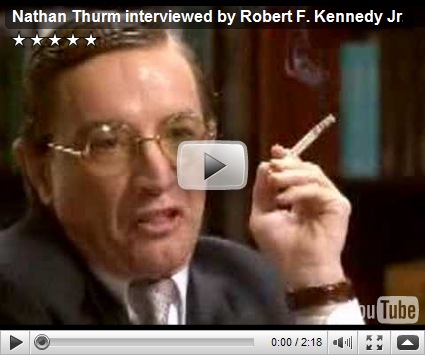 But it’s even more hilarious, that four years later, folks like Kennedy and Gore have now become the Nathan Thurms.

As an aside, Michigan’s  literate and highly entertaining Congressman Thaddeus McCotter is a semi-regular guest on Red Eye.   A funny Congressman – on purpose! How unique. And while he really has to work on that monotone, he can actually deliver a cogent sentence without a single, umm, ahhh, or teleprompter.

Thad’s synopsis of what he called the “Shamwow Healthcare Summit” (which we’re contending he stole from us, but that’s ok; we “friended” him) is as follows:

History will record that in a time of war and recession, this was how the duly elected leaders of the greatest nation on earth spent their day.

So be sure to watch Greg Gutfeld on Red Eye, in can be quite entertaining, although not informative. And you might just catch Thaddeus. Sure it’s on at 3:00 AM, but it still has more viewers than any of CNN’s prime time shows. The brass at CNN is still trying to figure it out.

Closing on a serious note, and reflecting Congressman McCotter’s serious side, here’s the take away from the address he gave at CPAC :

"We must empower the American people to channel necessary instructive change. We must defend America from her enemies. And pursuing these goals we abide five permanent principles:
...Our liberty is from God not the government.
...Our sovereignty is in our souls not the soil or  the scepter.
...Our security is from strength, not from surrender or appeasement.
...Our prosperity is from the private sector, not the public sector.
...And our truths are self evident, not relative."

Not bad. Not bad at all. How does “Senator” McCotter roll off your tongue? It would be nice if Michigan could put one in the R column again.

Technorati Tags: Thaddeus McCotter,healthcare,Redeye
Posted by DEWEY FROM DETROIT at 11:41 AM