Still Angry, But Feeling Good About It

Thank you Greg Gutfeld, for your Friday Gregalogue: Anger is a Right. Thank you for putting this so ineloquently. Because it’s hard to be angry and eloquent.

Well, OK, some people can pull it off, but I can’t. 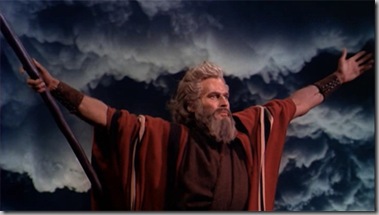 Friday's Gregalogue: Anger is a Right

Now I've been down this road so many times I could navigate it blindfolded and covered in peanut butter.

It goes like this: for the media, anger is only okay if its targets meet their stereotypical, romanticized criteria. Meaning: the corporation, the conservative, the daddy who never loved them.

Here's a list of people doing angry things the media is okay with:

But this health care bill anger is different from all that - not just because it's right, but because it involves Obama. And being angry at Obama is like being mad at Santa Claus. How can you be mad at Santa, when he brings us so many gifts?

And so, this anger is scary! It's a mark of incivility! It's deadly!

But you have a right to be angry. Unlike the entitlements we're saddled with until death, being angry is free and actually works! But we need to define why we're angry - instead of letting our adversaries do it for us.

We are angry not because we lost, but that we lost to losers. I'm not talking about Obama, or the Dems. They're winners, sadly. I'm talking about progressivism. The reason why I'm angry, my friends are angry, and my imaginary unicorn Captain Sparkles is angry - is because the greatest, most winningest country in the history of the world, just embraced the loser's doctrine.

For two hundred plus years we've kicked ass, and we're now choosing the belief system of the idiots whose asses we've kicked.

So that's why I'm angry. And why you're angry too.

And when jackasses try to take away your right to be angry - by calling it racist or extremist - tell them they're the racists. Because it's those tools who assume that anger can only be about race. And if they disagree with you, then clearly they're not just racists - but probably homophobic cannibals, too.

Thank you Greg Gutfeld’s Gregalogue. I’m still angry, but feeling much better about it.

Posted by DEWEY FROM DETROIT at 10:57 AM