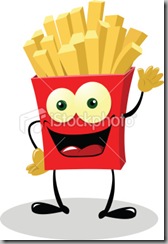 Sometime around the mid-eighties, the level of competency in nearly every aspect of customer service began to deteriorate and has continued to decline ever since. As with any social phenomenon, it was driven by many factors, including the initial work-force entry of  Gen-Xers - the only generation more coddled than the Boomers.  But I place the largest blame on Peters and Waterman’s book In Search of Excellence.  Like many other new, half-baked big ideas that people run with, very few practitioners actually understood what the concept of excellence was, let alone knew how to “train” people to embrace it. While the book contained some good ideas on streamlining processes and paying attention to your business (duh) it ultimately turned into a cash register for consultants. Consultants virtually moved into businesses to train employees, and to train trainers. Some focused on ”re-engineering”  but many zeroed in on the easiest target: customer service. Businesses ranging from the Big Three to Wendy’s expended huge sums of money to teach people how to act as though the customer was “job one.” The operative word here is “act” and the result is what I call “cheerful incompetence.”

What employees walked away with was the idea that customer interaction required them to be pleasant. So for a decade or so, we were met with smiley faces everywhere from McDonald’s to the Post Office. It was annoying to have smiley faces screwing up your life at every turn: fast food order takers,  utility customer service reps,  post office clerks, grocery store cashiers, bank tellers and credit card company representatives. Someone forgot to tell them it was important to actually handle the transaction correctly as well as being pleasant, so naturally customers were not happy and started jumping ugly with customer service reps across America. As a result - 25 years hence – we still have all of the incompetence but now most of the pleasantness is gone as well. Businesses would have been better off if they had saved all the money on consultants and stuck to their knitting.

Bringing the government in as mandatory “consultants” to the healthcare industry will have equally non-productive results, with far more disastrous results.

While it may be annoying if you ask the kid at Wendy’s to “hold the mustard” and you get extra mustard instead, you’ll live. Things are slightly more problematic when you ask the post office to forward your mail for 2 months, and instead they put it on hold; or your request for a change of billing address is processed by the electric utility as a shut off order.

But now, with government intervention, this no-longer-even-cheerful incompetence is about to enter our healthcare. Here’s a preview of what it looks like: a man goes into a British hospital to have a diseased testicle removed, and the surgeon inadvertently removes the wrong one. Whoops.

How could  a top-rate medical system like the one we enjoy in America come to this? Let’s take a look at its planned demise:

Step 1. Government mandates that you buy health insurance (or be fined), and likewise mandates the terms of the insurance that you buy: no preconditions (resulting in what the insurance industry calls “adverse selection:” you opt to pay the cheaper fine until you get sick.) Large companies who are currently “self- insured” will opt out of the “risk” business by paying employees more (taxable) income to buy their own insurance. This also resolves the huge loss of tax deductions. So in one fell swoop we add millions of people to the group required to buy insurance in accordance with the government mandate: and they, too, can opt to pay the much smaller fine until such time as they need it. Surely, even if you flunked Econ 101, you can see how this is not a “sustainable,” business model. And of course when the health insurance companies fail, the government steps in to run them.

Step 2. If government pays for service, government determines terms of service. The government will determine eligibility: what tests you can have, what procedures can be performed, what fees doctors and providers can charge, which patients doctors must take (everyone). To claim this won’t happen is simply a lie. This is what the hated insurance companies already do, but what they cover is determined through the contract written and paid for by either the business or individual buying the insurance. With Government, it’s always one size fits all, and it’s always the lowest common denominator.

Step 3. Doctors anywhere within telescopic range of  being able to retire hang up their license, reducing the supply chain. Assuming there are 30 million additional people to roll into the healthcare “system.” (which is doubtful. Just like uninsured drivers continue to drive, most uninsured people receive care for serious illness at the ER. By law they cannot be denied treatment.) But once the uninsured become “insured” they will no doubt take advantage of their newly “free” services and visit the doctor more often, increasing the demand curve. We have created an immediate doctor shortage.

Step 4. Fewer people will choose to go into medicine, given the restrictions on ability to practice as you see fit, and limitations on income. It’s a grueling 6 years of post-grad training (more for some specialties). If the rewards for this commitment of time and effort is viewed as non-commensurate , fewer will choose that path. At a minimum, the medical field will attract fewer of the best and the brightest. Do you think the doc who snipped the wrong testicle graduated at the head of the class? Alternatively, we will fill the doctor gap like they have in Britain and the rest of Europe: foreign trained doctors where English is not a first (or sometimes even second) language. That always makes for good doctor-patient communication.

Step 5. Serious doctor shortages will result in… that’s right, RATIONING. Yes, I know. Obama said that’s not true. He also said you can keep your doctor. Is he going to prohibit her from retiring? I know he said if you like your coverage, you can keep it, too. But what if the company you work at or retired from decides to dump any or all of it’s provisions due to loss of tax deductions on expenses? Or simply because they can off-load the hassle? Or what if the company becomes insolvent, without adequate funding of its retiree plan? There’s nothing to keep.

Apparently, as the link, above, points out, the only thing Nancy Pelosi didn’t lie about over the past year was the fact that “we have to pass the bill in order to find out what’s in it.”

There will be more surprises. None of them will be pleasant. The only good news is that even Obama knows that government can’t take over the healthcare system overnight.  That leaves us, the loyal opposition, a small window of opportunity. The President has helpfully advised the GOP to “go for it” with their plans to campaign on an agenda of  “repeal, replace.”  I would advise that we all take him up on it. That kind of change I can believe in.