This Just In From DNN

Michigan Petitions For Secession From the USA

Today the bankrupt state of Michigan filed it’s previously rumored petition for secession from the United States of America. Canada immediately took steps to annex the distressed state as the 11th Canadian Province. Canadian Minister of the Interior, Guy LeBoutier, said he felt the territory would be a good fit with Canada because of its unique location north of the Ontario Province, it’s shared contiguous borders, and it’s excellent Hockey team. 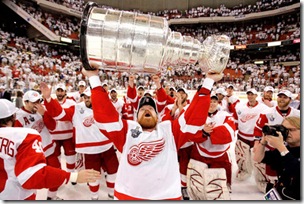 Michigan stated in its petition that with the demise of GM, Ford and Chrysler, and the resulting impact on the state’s tax base, it could no longer afford the state’s portion of the federally mandated health care plan.

The petition indicated that Michigan felt with secession they could use the State’s previously world class health care facilities to develop a thriving economy based on cross border medical care for other US citizens dissatisfied with the levels of care and notoriously long wait times for treatment experienced within the US system.