Michelle is out pedaling the softer side of Obamacare  “be sure to eat your vegetables, or we’ll have to tax your food at a higher rate.”  BHO himself will be making the rounds on the Sunday shows. He’ll be on every channel that has a Sunday show  - and even one that doesn’t, Univision - except FOX. I’m assuming that’s because the donation basket jingles better when you preach to the choir. And heathens are always asking questions.

No doubt the President will be handling  the “hard” soft sell. Telling people why there is no public option in his plan, unless you want one, and then there’s “wink,wink” non-profit co-ops. And of course, he’ll be reminding the choir that this is his legacy; and you did vote for change.

As of tomorrow, Obama will have addressed the American people in one arena or another an astonishing 144 times in the 8 months he’s been in office. For comparison purposes, at the same time  in his presidency Bush had done so just 40 times and Clinton, 46. One hundred forty four major addresses in 8 months. Eighteen a month. Who’s running the country? 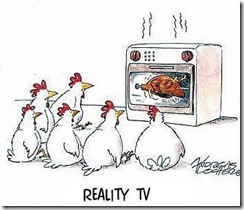 This president is on TV so often that it’s beginning to look like he won a role on a reality TV show rather than the presidency.

Does he really think the country needs a steady dose of his razzle dazzle to stay in line? Does he think so little of the American populace that he believes we don’t see or know the difference between governing and cheer leading? I know people tend to keep on doing whatever it was they did that got them to where they are. But we really don’t need any more stump speeches and community organizing.

No matter how many times you tell us it’s not universal health care, no matter what you call it : “public option,” “federal subsidies,” “ non-profit cooperatives,” it doesn’t change it’s face. They all set in motion government controlled universal healthcare. Believe otherwise at your own peril. These public plans will not “compete” with the private insurance companies that the administration continues to bad mouth, while simultaneously cutting deals with. If it’s competition we want, the best way to achieve that is to  open health care insurance up across state lines.  That would force the health-care industry to price plans more competitively, which in turn would lower prices and deliver better care. That’s what honest competition always does. But creating fake competition with a government option is a ruse. It will simply snuff out private insurers.

In his 137th speech to the American people since taking office, President Obama said "My guiding principle is, and always has been, that consumers do better when there is choice and competition," noting that in many states the market is dominated by five or fewer companies. So,  as James Freeman asked in the WSJ:

“… why not open things up? It's as if Ted Kennedy, author of airline deregulation in the 1970s, had decided what was needed was a government-run airline to compete with private ones.”

This administration thinks we are a pack of morons who needs their help at every turn because they are the more enlightened amongst us. Whether their hubris is well meaning or not (I tend to think not) it will mean the death of liberty.